Speaking about the BJP’s performance in the first four phases, Modi said Mamata Banerjee has been “clean bowled” and her entire team has been asked to leave the field. 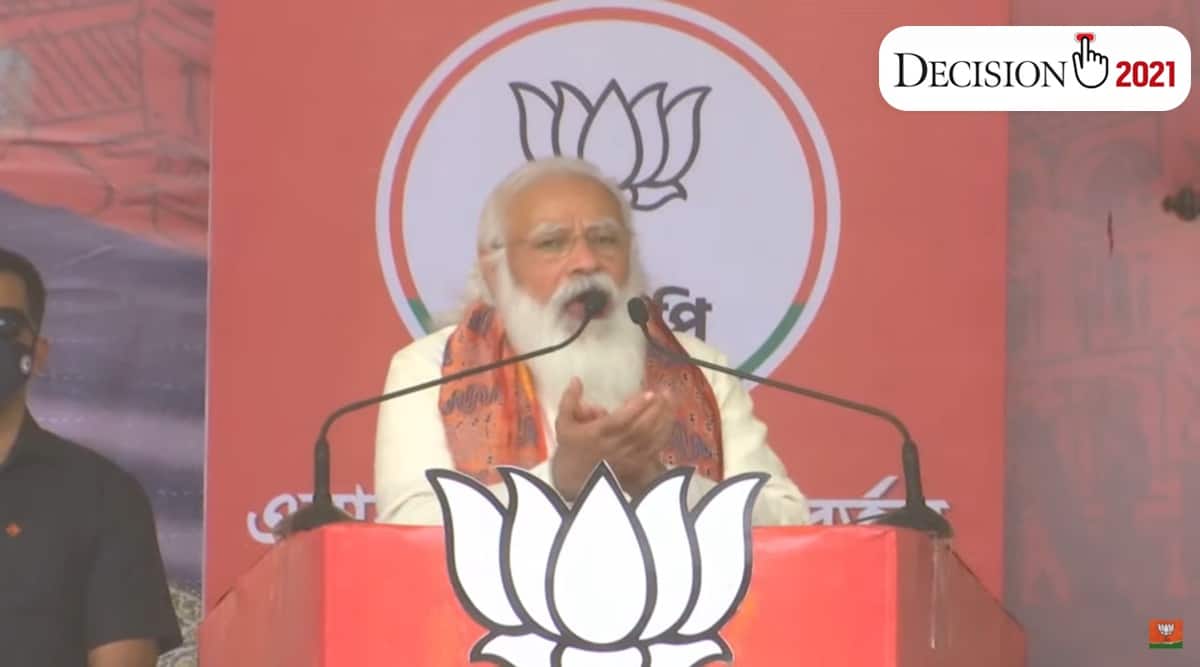 Prime Minister Narendra Modi, while addressing a rally in Bardhaman district, raked up the issue of violence that had marred the fourth phase of polling in West Bengal and accused Chief Minister Mamata Banerjee of instigating people against central forces on election duty in the state.

Referring to the killing of four people in firing by central forces in Cooch Behar on Saturday, Modi said, “Your policies have snuffed out the lives of children of countless mothers.”

The Prime Minister’s comments came a day after Banerjee had accused the CISF of killing the four people and called the incident a “genocide”.

Speaking about the BJP’s performance in the first four phases, Modi said Mamata Banerjee has been “clean bowled” and her entire team has been asked to leave the field.

With the last four phases of the Bengal polls to go, the BJP parachuted its strongest campaigners — PM Modi and Union Home Minister Amit Shah — to the state on Monday to address multiple rallies across north and south Bengal.

Modi also hit out at the Chief Minister over a Trinamool Congress leader Sujata Mondal Khan’s comments equating Scheduled Castes with beggars. “Didi calls herself a Royal Bengal Tiger. You tell me, is it possible for someone to say such things without her permission? Such comments have hurt the soul of Babasaheb Bhimrao Ambedkar.”