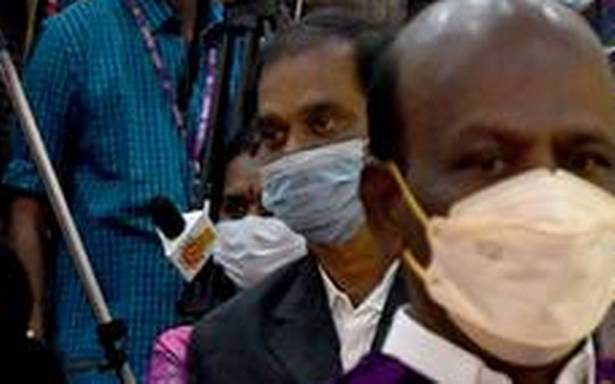 Calling upon medicos not to be dismissive of alternative systems of medicine, Governor R.N. Ravi on Monday called upon them to be open-minded and try to evaluate it scientifically and validate it. He urged them to guard against over-commercialisation of healthcare.

Presiding over the 34th convocation of the Tamil Nadu Dr. M.G.R. Medical University (TNMGRMU) in Chennai, Mr. Ravi said some doctors of modern medicine sometimes were dismissive of alternative systems of medicine although humans have lived for thousands of years before the advent of modern medicine.

“The modern medicine had done wonders, there is no doubt about it. But people have learned to deal with the sickness and situation through their traditional wisdom, through their experiments, through their observations. Try to evaluate it scientifically and validate it,” he said and asked them to be “open-minded.” Describing M.K. Stalin as the “most dynamic Chief Minister,” the Governor congratulated the State Government for doing very well in containing the COVID-19. “I am glad and proud that Tamil Nadu has been leading the country in health services,” he said.

In his convocation address, the Chief Minister called upon medical graduates to equip themselves like Dr. Upendranath Brahmachari, Dr. Arthur Saravanamuthu Thambiah, Dr. Kamalam, Dr. Srinivasan (also known as writer Charvakan). He pointed out that Dr. B.C. Roy’s birth anniversary is being celebrated as Doctors’ Day only because of his dedication to service of the people. “I request you to focus on rural areas. Please realise it is your duty to serve the people in rural areas,” he said.