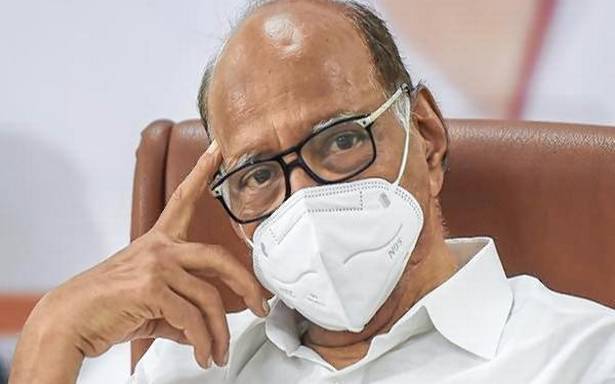 The Enforcement Directorate (ED) was being used as tool by the Centre to suppress opponents, alleged Nationalist Congress Party chief Sharad Pawar on Tuesday while remarking that never before had Maharashtra seen so many ED probes against ruling government leaders.

“Have you ever heard of so many ED cases in Maharashtra before? The agency is taking action against [NCP leader] Eknath Khadse, [former Home Minister] Anil Deshmukh and against Shiv Sena MP Bhavana Gawali. Despite there being proper commissions in place to address malpractices, the ED is used to intervene in everything…This is an attempt to infringe upon the State government’s rights and put down [non-BJP] opponents by using such agencies as tools and I think this is highly improper,” the NCP chief said.

Mr. Pawar promised to raise his voice and take up the issue of the ED’s ‘harassment’ when the next session of Parliament opened.

In an implied warning to the BJP-ruled Centre, Mr. Pawar, whose NCP is in alliance with Uddhav Thackeray’s Shiv Sena and the Congress in the State, also said that as times changed, the present political cycle, too, would turn.

“These days, such agencies are being used [by the Centre] to trouble the [non-BJP] opposition…but times come and go and this state of affairs will not last forever,” he said.

The NCP chief also took a sarcastic jibe at Rashtriya Swayamsevak Sangh (RSS) Mohan Bhagwat over the latter’s remark that Hindus and Muslims shared the same ancestry, quipping that Mr. Bhagwat’s statements were “an addition to his knowledge.”

“Mr. Bhagwat has told a new story that the origin of both communities can be traced to the same family. This is new knowledge to me,” Mr. Pawar remarked wryly.

Earlier, speaking at a program in Mumbai, the RSS chief had spoken of the common ancestry of Hindus and Muslims in India.

“In our [the RSS’] view, the word ‘Hindu’ means motherland and the culture that we have inherited from ancient times. The term ‘Hindu’ denotes every person irrespective of their language, community or religion. Everyone is a Hindu, and it is in this context that we see every Indian citizen as a Hindu. For the country to progress, all have to work together,” Mr. Bhagwat had said.

Meanwhile, Mr. Pawar also expressed reservations over the Reserve Bank of India’s interference into the co-operative sector, remarking that such moves had weakened the sector.

“The cooperative lenders spread the banking sector to the grass-root level. These banks help many people in their financial needs. The merger and closure of cooperative banks is not only harmful for the cooperative sector, but also for the common people who have been benefiting from it," he said.