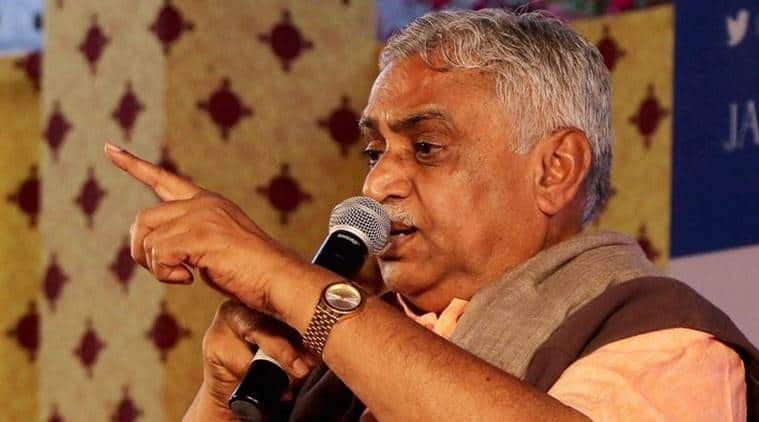 The just-concluded Lok Sabha election was a fight between two different ideologies – “the Hindu way of life and politics of exclusion and division” – a senior RSS leader said Friday, a day after the BJP swept to power for a second term with an overwhelming majority.

Expressing happiness over the electoral outcome, he said this is the day of joy for a bright future of ‘Bharat’.

Vaidya said the 2019 general election was a contest between two different ideologies in India.

“One ideology is based on the ancient integral values of holistic and all-inclusive thought process which is known worldwide as the Hindu way of life,” the RSS leader said.

“While there was this another ideology which had non-Indian perspective and looked Bharat from divisive identities. It divided the society on caste, language, state or religion lines for personal gains.

“This ideology which did politics of exclusion and division, always opposed the power that believed in uniting the society,” he said.

Vaidya said this election was an important step in this ideological fight which is underway since independence.

All the dividing forces got together in their efforts to face this unifying power, he said.

Without naming the BJP, Vaidya congratulated its “strong leadership” and workers for their support to this ideogical fight.

Prime Minister Narendra Modi Thursday led the BJP to a thumping victory for a second term in office, winning an absolute majority and on course to touch the 300-seat mark in the 543-member Lok Sabha.

The main opposition Congress, led by Rahul Gandhi, could win only 52 seats, a slight improvement over its 2014 tally of 44, the lowest-ever score posted by the 134-year-old party.