From being a deciding factor in state elections, Congress has now become a shadow of its former self, waiting for crumbs at the table of Dravidian parties. The Tamil Nadu Congress Party is between a rock and a hard place. It has been this way since it lost power in 1967 and started aligning with the Dravidian parties for power in the state.

However, the Dravidian parties, though generous with seats at times, have never agreed to a coalition government or shared ministerial berths. From being a deciding factor in state elections, the party has now become a shadow of its former self, waiting for crumbs at the table of Dravidian parties. When in power at the centre, the Congress is able to wrestle more seats, but when not in power, things are obviously not that easy.

The party has trained itself to play second fiddle to the Dravidian parties, partly because of the central leadership’s intention not to rock the boat and because the MPs from Tamil Nadu are too precious for the party to make electoral experiments.

For the 2021 Assembly polls, the Congress has been given 25 in the DMK-led alliance. It feels short-changed and insulted, but it cannot do much.

The grouse that DMK and allies have against the Congress is that it performs well only when DMK alliance sweeps the poll and when the going gets tough as in 2011 and 2016, it falters and underperforms compared to other alliance partners. There had always been a substantial number of Congress minded voters in the state, who felt at home with national parties and were alarmed at the antics of the Dravidian parties. In fact, the Congress party had a 40 per cent vote share when it lost the state in 1967. However, this voter base has been declining over the years, partly because of the party’s inability to launch a bid to power and partly because voters have been slipping off to other parties, mostly to the AIADMK. A segment of the voters that the BJP seems to be gaining recently also comes from the erstwhile Congress voter pool.

Despite their low voter base and a depleted cadre, the utility of the Congress party now depends on its ability to provide an air of respectability and genteelness to the whole electoral battle in Tamil Nadu. However, the party is full of “leaders” with hardly anyone to manage the polling booths or put up posters. Starved of resources too, it solely depends on its Dravidian allies to do the hard work, and manage the nitty gritty of bringing voters to the polling booths.

It is not that Congress did not try to get out of the shackles of the Dravidian parties and contest on its own. Whenever it has done so, it has failed and at times it has failed miserably. In 1989, under G K Moopanar, it led a third front and won 26 seats with a vote share of around 20 per cent. It was then a four-cornered contest after the death of M G Ramachandran and Congress that the time thought that the time was ripe for a re entry. It was not.

In the 2014 parliamentary elections, when it was forced out of the DMK alliance, it could not win any seat and secured only around 4 per cent of the vote.

The 2019 parliamentary polls was a godsend to the party in Tamil Nadu, as it won 8 seats in the DMK alliance. It was a kind of a catalyst and unifying force for the anti-Modi sentiments in the state, and was seen as a magnet for the minority consolidation behind the DMK alliance.

But 2021 might not be like 2019, as the focus is on chief minister Palaniswami and his performance. While the DMK and allies were able to whip up an anti-Modi mood in 2019, they have not been able to generate such anger against Palaniswami.

Now in 2021 Congress party’s utility as an anti-Modi vote catalyst and consolidator is under question as this election is not being fought over Modi. Moreover, after 2019 it is not clear how much of the anti-Modi minority consolidation in Tamil Nadu was due to the Congress presence and leaving them out of the alliance might only end up splitting the minority vote. Hence, it makes more sense for the DMK to accommodate the Congress than spurn it. 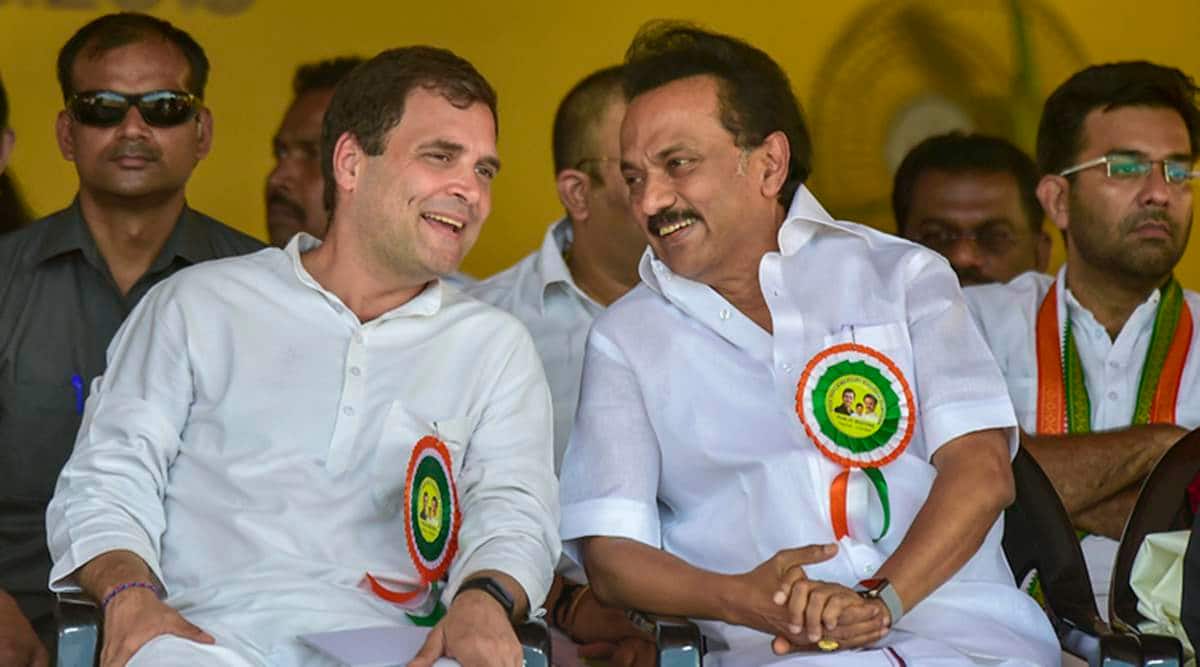 Rahul Gandhi is popular in Tamil Nadu and since Congress had been out of power in the state for more than 50 years, it looks relatively clean and untainted. Hence the continuing relevance of the party for the optics it provides to whichever alliance it is part of.

One cannot depend on such optics alone for long. Tamil Nadu politics has become very competitive and blue collar with a mix of money, muscle power and ideology. For now the Congress has an utility to help build the anti-Modi narrative, give a genteel face to the campaign, but when the narrative changes or if it runs its course, the party would need to reinvent itself to find relevance again.