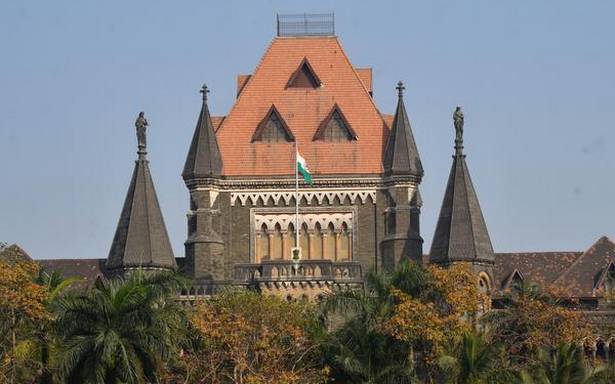 On Thursday, a Bench of Justices S. S. Shinde and N. J. Jamadar said the court could not pass any orders accepting or denying the claims made by the parties.

Eight activists accused in the Elgar Parishad-Maoist links case, who were denied default bail by the Bombay High Court earlier this month, told the HC on December 23 that they will file review petitions against the Order which was based on a “factual error”.

The accused activists and academicians – Sudhir Dawale, P. Varavara Rao, Rona Wilson, advocate Surendra Gadling, Professor Shoma Sen, Mahesh Raut, Vernon Gonsalves and Arun Ferreira, – had earlier this week filed an application for ‘speaking to minutes’, which is used for getting minor corrections made to an Order of a court.

On Thursday, a Bench of Justices S. S. Shinde and N. J. Jamadar said the court could not pass any orders accepting or denying the claims made by the parties, or even listen to the arguments on merits since the accused had preferred to move the ‘speaking to minutes’ application.

Senior advocate Sudeep Pasbola, who appeared for one of the accused activists in the case, then told the Bench that the accused will withdraw the ‘speaking to minutes’ application and file fresh pleas seeking a review of the HC order.

Mr. Pasbola said the accused will file the fresh plea/s in January 2022, once the HC reopens after the Christmas vacations.

The Bench then said it was not granting any liberty or specific permission to the accused to file the review petition. However, if the procedure established under the law provided for a review petition, they were free to file it, the HC said.

On December 1 this year, the Bench of Justices Shinde and Jamadar granted default bail to Sudha Bharadwaj, also an accused in the Elgar Parishad case, on the ground that the Pune sessions court, which had granted extension of time to the Pune police for filing of charge sheet after the mandatory 90-day period was over, did not have the jurisdiction to do so.

At that time, the Bench rejected the same relief for the eight other co-accused in the case.

The HC then said these eight persons had not exercised their right to seek default bail on time. It had observed that while Sudha Bharadwaj filed a plea before the Pune court seeking default bail as soon as the 90-day period for filing of the charge sheet in the case got over, these eight accused had delayed filing of their applications.

On Tuesday, however, the eight accused persons informed the Bench through their counsel R. Sathyanarayanan that its judgment denying them default bail was based on a “factual error”.

They said Dhawale, Wilson, Gadling, Sen and Raut had filed default bail pleas before the Pune sessions court on September 26, 2018, after the 90-day period of their arrest got over and the charge sheet remained to be filed.

The activists said they were arrested on July 6, 2018 and the first charge sheet against them was filed only on November 15, 2018. They filed their default bail pleas in time, but the same are still pending hearing before the sessions court, they said.

Gonsalves, Rao and Ferriera told the high court that they had applied for default bail on November 30, 2018, just four days after Ms. Bharadwaj filed her application before the Pune court.

They told the HC that the Pune sessions court had rejected their default bail applications along with Ms. Bharadwaj’s default bail plea through a common order passed on November 6, 2019.

It was this November 6, 2019 Order that the high court Bench of Justice Shinde had set aside on December 1 this year in Ms. Bharadwaj’s case, they said.

The Elgar Parishad case was earlier with the Pune police and it is now being handled by the National Investigation Agency (NIA).

The case relates to alleged inflammatory speeches delivered at the ‘Elgar Parishad’ conclave, held at Shaniwarwada in Pune on December 31, 2017, which the police claimed triggered violence the next day near the Koregaon-Bhima war memorial located on the city’s outskirts. The Pune police had claimed the conclave was backed by Maoists.