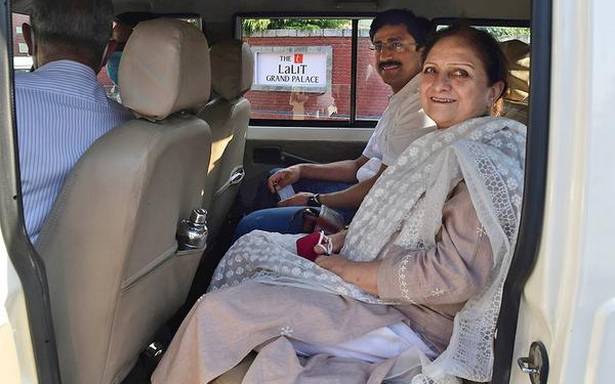 The members of the the J&K Delimitation Commission on Wednesday visited south Kashmir’s Anantnag and interacted with delegations of the political parties and civil society groups.

Most political parties, including leaders of the National Conference, the Congress, the J&K Apni Party and the CPI(M), asked the panel to ensure “transparency and fair mechanism” while carving out seven more Assembly constituencies in the Union Territory.

A BJP delegation, headed by Muhammad Rafiq Wani, said the party demanded reservation for the Schedule Castes and Schedule Tribes, besides increasing a constituency in Kulgam.

The NC reiterated the demand to grant full statehood before delimitation. “We urged a free and fair delineation of seats,” NC’s Altaf Kaloo said.

A delegation of the Congress, headed by Gulzar Ahmed Wani, also demanded the same.

“My party stressed that whatever decision the commission would take should be in a transparent manner. It would be a good Confidence Building Measure (CBM),” J&K Apni Party general secretary Rafi Ahmed Mir said.

The Commission members also interacted with the CPI(M) and local civil society groups, including the Gujjar and Bakerwal Conference and the Sikh Welfare Society.

The Commission, headed by Justice (Retd.) Ranjana Prakesh Desai, will leave for the Jammu region on Thursday, where they will have two sessions with political parties and civil society groups in Jammu district and the Chenab Valley.