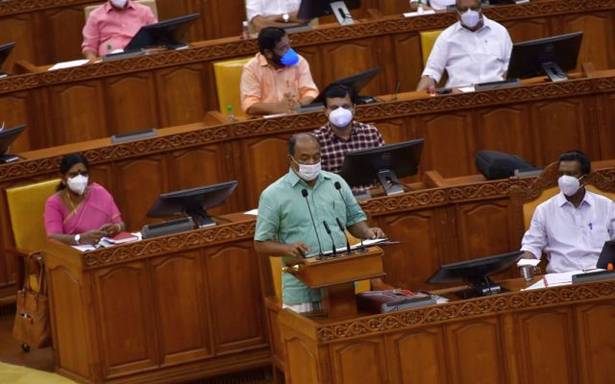 While making the announcement in the State Budget a day ahead of the World Environment Day, Mr. Balagopal said the recent spate of extremely heavy rainfall and floods in the State had resulted in the deposit of silt, clay, sand and waste materials in rivers and dams.

This had reduced storage capacity, obstructed natural flow of rivers and changed the course of rivers, thereby resulting in floods in populated areas. He also said the practice of dumping wastes containing hazardous elements in waterbodies, leads to water pollution, water borne diseases, and considerable depletion of fish wealth. Non-biodegradable wastes including plastic also adversely affected the ecosystem and had led to depletion of fish stock. Sand and waste materials would be urgently removed from water bodies, he said.

Mr. Balagopal pointed out that the proposed package would seek to improve water-carrying capacity of waterbodies and river basin systems that were recommended in the Post Disaster Need Assessment (PDNA) report published by the United Nations after the flood of 2018.

Its components would include protection and cleaning of the banks of canals; desilting dams, reservoirs and rivers; construction of mangrove barriers along coastal areas; strengthening bunds; shifting of bunds and dykes to outlying areas; removing of low-level bunds to facilitate free flow of water in flood plains; lowering flood plains; dredging of river and canal beds; and making temporary storage mechanisms by creating water retention areas by interlinking lakes, irrigation canals and backwaters.

The package, for which an amount of ₹50 crore was earmarked for the first phase, would be jointly implemented by the Water resources, Environment and Local Self Government Departments.