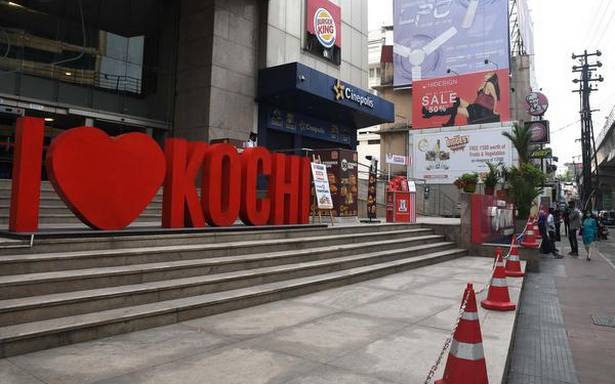 The district recorded 2,000 recoveries on the day, while 39,597 people are currently under treatment for the infection.

Five areas in the district have reported over a 100 new cases. While 158 people tested positive from Kalamassery, Thrikkakara recorded 155 new cases, Thripunithura 132, Rayamangalam 131 and Fort Kochi 107. From Mattancherry, 73 people have tested positive. The source of infection could not be determined in 57 cases.

The district’s test positivity rate is 24.54%. A total of 307 patients are admitted in ICUs.

As many as 398 fresh admissions were made at hospitals and first-line treatment centres on Tuesday, and 317 people were discharged.

A total of 17,401 samples were collected for testing. As many as 81,655 people remain in quarantine.

Since the district has exhausted its entire stock of vaccines, no sessions will be held on Wednesday and Thursday. Around 20,000 doses of Covishield are expected to arrive in Ernakulam on Wednesday, and this will be distributed to the centres on Thursday, said Dr. M.G. Sivadas, nodal officer for vaccination and the Reproductive and Child Health Officer for the district. Sessions at vaccination sites are likely to resume on Friday, he said. Ernakulam had around 10,000 doses of the vaccine left for sessions on Tuesday, and since all of them were administered, no stock is available for now. Till Monday night, a total of 8,24,653 doses were administered in the district. A total of 5,54,843 people between the ages of 45 and 60 and over the age of 60, have taken the first dose of the vaccine. Of them, 52,385 people have taken the second shot as well.

The Ernakulam Rural police registered cases against 115 persons on the charge of violating the COVID-19 protocol, arrested 45 persons, and confiscated five vehicles. This was in addition to the action taken against 2,050 for not wearing mask and against 1,970 people for not maintaining physical distance.