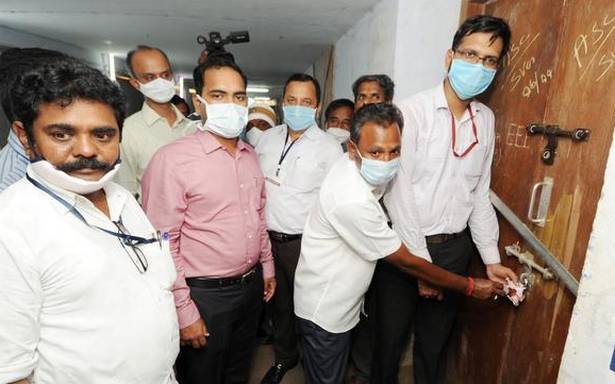 A total of 324 police personnel including Central forces would be on round-the-clock security duty at the Alagappa College of Engineering premises here, guarding the EVMs kept in strong rooms here on Wednesday.

The polling went on peacefully on Tuesday and the EVMs where transported to the college campus since last night.

The EVMs were kept inside the rooms Assembly wise. A total of 180 CCTV cameras have been installed in and around the campus.

The control room would be monitored periodically by the designated officers, Mr Reddy said and added that apart from the Central forces, armed police and TN police would be part of the three-tier security ring.

The candidates’ representatives shall be given space at a gallery in the campus, from where they can also have a clear view of the strong rooms, he added.