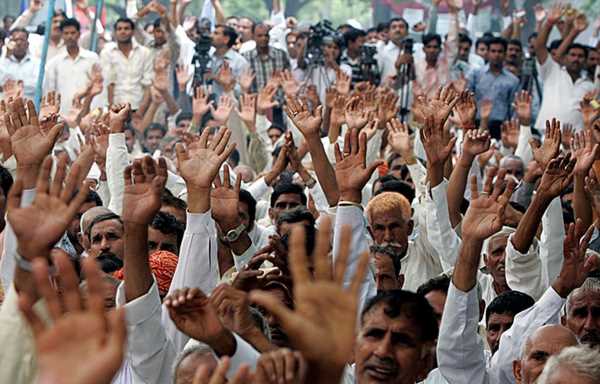 ‘If we want a stable society, then all groups must feel that they have a seat at the table of power.’

The Supreme Court of India in a 3-2 verdict cleared the way for 10 percent reservation for Economic Weaker Sections in education and government employment, thus ending the long debate — are reservations in India meant only for Other Backward Castes, Scheduled Castes and Scheduled Tribes, or can the poor among the forward castes also be brought under the ambit of reservations?

The majority judgment by Justices Dinesh Maheshwari, Bela Trivedi and J B Pardiwala upheld the 103rd Constitutional Amendment Act which introduced 10% reservation for EWS, while then Chief Justice of India Uday Umesh Lalit and Justice S Ravindra Bhat wrote a dissenting judgment against the legislation.

While the majority verdict stated that the 103rd Constitutional Amendment does not violate the basic structure of the Constitution, Justices Lalit and Bhat stated, ‘EWS quota is contradictory to the essence of equal opportunity and strikes at the heart of the equality code.

Syed Firdaus Ashraf/Rediff.com spoke to G Mohan Gopal, one of the arguing counsels for the petitioners in the case, to understand the implications of the judgment.

The concluding segment of a two-part interview:

Which are the sectors where Dalits and OBCs are not present? We see them everywhere.

There is a massive amount of undeniable evidence and statistics showing that the organs of State are heavily dominated by four communities at the national level and an equally small number of communities at the state and local levels.

How many top positions in the Executive are held by persons OBC, SC ST communities?

Indian Muslims have dismal representation in Parliament, the Judiciary and Executive.

We never had a Yadav judge in the Supreme Court of India. Or a judge from the large Ezhava community of Kerala. Is all this democratic?

Correct. Therefore, what I am saying is that we want institutions of State with top officials from diverse social, backgrounds. We must run this country together as a democratic collective.

If we want a stable society, then all groups must feel that they have a seat at the table of power.

What about merit and talent? Do they not matter?

Of course, merit and talent matter. Even more importantly, what matters is competence for each function. And merit of institutions also matters, not just of individuals.

But sadly, we are not serious about pursuit of merit or in recognising and rewarding talent. In fact, an oligarchy is anti-merit by definition. Oligarchs only care about dominance and control. For them merit is merely a convenient slogan used to suppress genuine merit. You may have read the book, Tyranny of Merit (by Michael J Sandel), and a host of other books on the misuse of the ideas of merit to perpetuate exclusion and elitism.

If we were serious about merit, talent and competence, we would have a scientific understanding of these concepts, not a brahminist notion based on caste and previous birth.

We would have had effective systems to ensure merit.

We would have detailed, measurable, objective definitions of merit.

We would have made sure that each position is allocated on the basis of merit, talent and competence.

We would not care at all about mere seniority.

Social connections would not matter.

There would be no caste or gender prejudice.

And if we believed in merit we would not have the country dominated and run by almost exclusively upper caste males.

The fact is that we have a racist, casteist and patriarchal understanding of merit.

What anti-reservationists mean by merit is a casteist idea that some people are born superior and they must rule. And if you believe in that idea, don’t call yourself a democracy. Call yourself a Chaturvarnya country.

But many argue that talent moves out of India because we have reservations that do not do justice to their talent, isn’t it?

They leave India and settle in other countries such as the US and Western Europe which are committed to representative government.

If they are against representative government, why don’t they remain here in this country and enjoy the fruits of oligarchy?

Is it true Dr Babasaheb Ambedkar said that reservations must come to an end after 10 years of Independence?

No, I have never come across any such statement from Dr Ambedkar. His formulation of reservation in Article 16(4) is without a time limit. It is a permanent safeguard — a vaccine — against oligarchy. Dr Ambedkar was very clear that he was fighting for representation. We should not misquote him.

Chief Justice of India U U Lalit and Justice Bhat held that EWS reservations is against the basic structure of the Constitution because it destroys the basic social fabric of equality. They signed a single powerful joint dissent.

Their dissent is of enormous value in Constitutional law and will be very influential in future. They deserve our appreciation and our gratitude. The dissent comes as a moral victory for all those who challenged the amendment on EWS reservations.

In contrast, the majority did not offer a single opinion agreed by all three judges. Their reasoning is varied and weak.

There are a number of issues with respect to their judgments. We will seek a review of the three judgments that together constitute a majority.