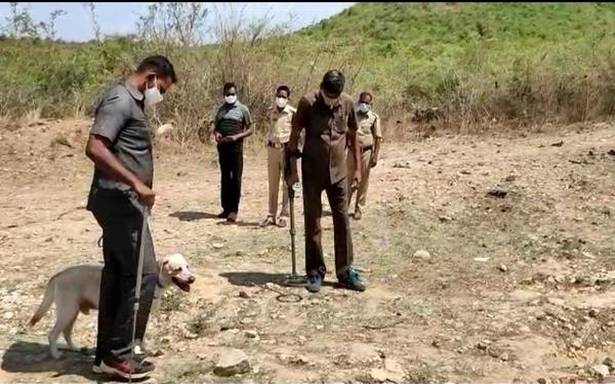 The State government on Sunday ordered a high-level inquiry into the explosion at a limestone quarry at Mamillapalle village in Kadapa district on Saturday, in which 10 workers were killed.

The government also announced an ex gratia of ₹10 lakh each to the next of kin of the deceased and ₹5 lakh to each of the injured.

In a statement, Mines Minister Peddireddi Ramachandra Reddy said that the committee, comprising officials of five departments, was asked to submit its report in five days.

Officials under the supervision of the Director of Mines and Geology inspected the blast site, he said, and added that negligence of the quarry organisers led to the explosion.

“They did not follow the procedures while unloading the explosives. Action will be taken against the leaseholder as per the provision of the MMD&R Act of 1957 and the A.P. Small Minerals Guidelines of 1966,” the Minister said.

Amid the suspicion over the likely presence of the remnants of the explosives, or gelatin sticks and detonators, a bomb squad reached the spot to sterilised the entire area around the blast site.