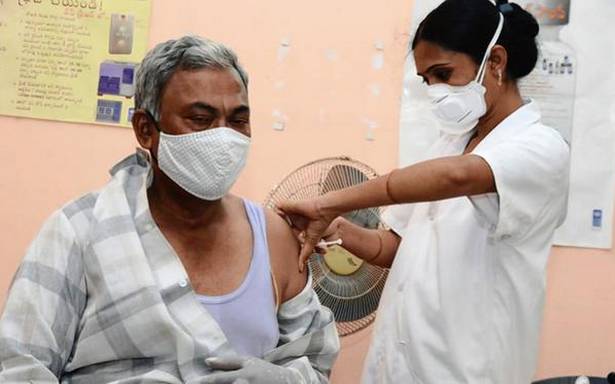 Why is the Indian government not allowing mix and match of COVID-19 vaccines for the third shot?

The story so far: On January 5, five days before the rollout of the ‘precaution dose’, scientifically called a third or booster dose, for people older than 60 years with comorbidities, health-care and frontline workers, the Government announced that all eligible individuals will receive a homologous — the same vaccine as used in the primary vaccination— vaccine as the third dose. This means those who have received Covishield as their first and second dose will receive Covishield as their third dose. Similarly, those who have received Covaxin in their first two doses will receive Covaxin in the third dose. The Government made it clear that no mix and match of vaccines (i.e.) using a vaccine different from the one used for primary vaccination, which is scientifically called heterologous boosting, will be allowed.

What is the evidence for a third or booster dose?

While one study each has been undertaken in India for Covishield and Covaxin, there is evidence of declining vaccine effectiveness against infection of symptomatic and severe disease from studies carried out outside India.

The prime objective of COVID-19 vaccines is to prevent severe disease and death after full vaccination. Citing a preprint (which is yet to be peer-reviewed) that is based on systematic review of published data, the World Health Organization (WHO) said after full vaccination, vaccine effectiveness of four vaccines — AstraZeneca, Pfizer, Moderna and Johnson & Johnson — “decreased by about 8% against severe COVID-19 over a period of six months in all age groups”. In adults above 50 years, “vaccine effectiveness against severe disease decreased by about 10% over the same period”, WHO said on December 22, 2021. After two doses, the vaccine effectiveness against symptomatic disease “decreased by 32% for those above 50 years of age” the WHO said.

What is the evidence from India for a booster dose using the same vaccine?

There is currently no data on the Covishield booster dose from India. On December 10, the Subject Expert Committee had asked the Serum Institute of India to submit a proposal to generate clinical trial data for a booster (third) dose. According to the minutes of the meeting, based on Serum Institute’s request for permission to administer the Covishield booster dose six months after the second dose, the SEC noted that the company has “not presented any data from the Indian population for the requirement of booster dose based on demographical profile and waning immunogenicity”. The SEC wanted the company to submit this data. Though clinical trial data are not currently available for either Covishield or Covaxin (publicly), Dr. Lahariya says homologous boosting is generally safe and there is immunological evidence from other vaccines that a booster shot increases the immune responses. According to him, heterologous boosting or using a vaccine different from the one used as first and second dose should be allowed only after conducting clinical trials.

What is the evidence for homologous booster shots outside India?