A petitioner has moved Delhi High Court to challenge a Rs 500 fine imposed on him for not wearing a mask inside his car. In its defence, the Delhi Govt has invoked an SC ruling from last year. 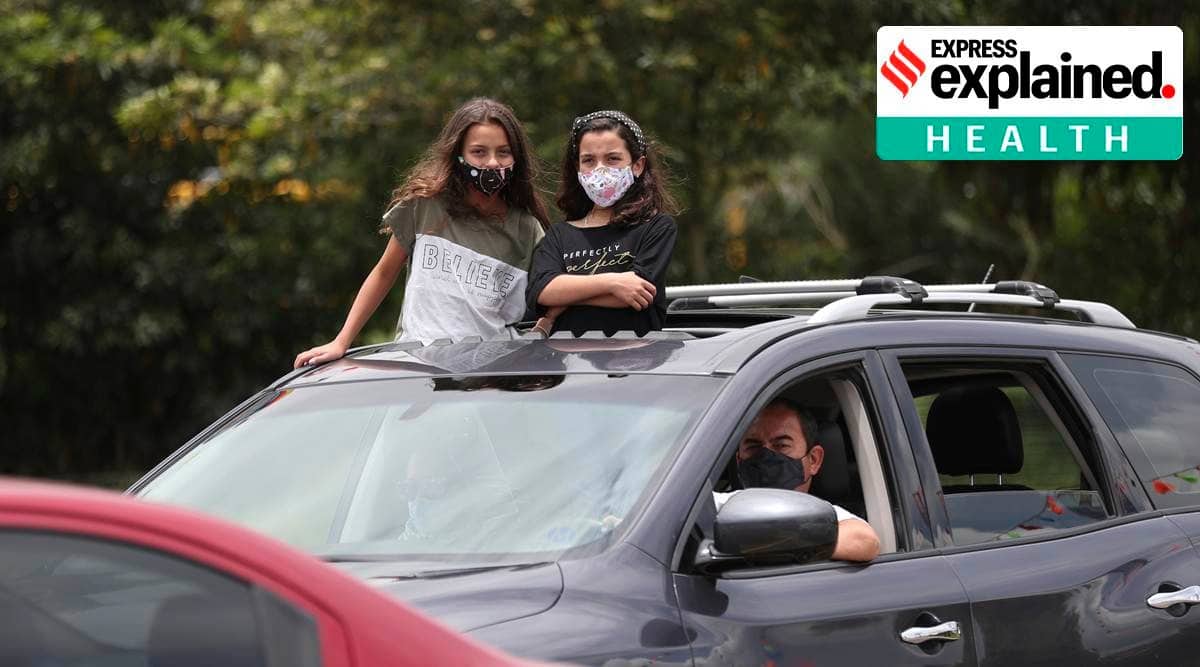 The Delhi government on Wednesday (November 18) told the Delhi High Court that a personal vehicle on a public road cannot be said to be a private zone — rather, it is a public space. The argument was given by the state to defend its decision of making it compulsory for people to wear masks when they are travelling in their personal or official vehicles, alone or otherwise.

The reply was given in response to a lawyer’s plea who has challenged the imposition of a fine of Rs 500 for not wearing a mask when he was travelling alone in his vehicle. The petitioner has sought compensation of Rs 10 lakh for the alleged mental harassment. What are the issues at hand, and what has the Supreme Court said in this regard earlier?

What is the guideline regarding the wearing of masks in Delhi?

Due to the widespread prevalence of Covid-19 in the national capital, the Chairman of the Delhi Disaster Management Authority (DDMA) in an order on April 8 directed that “it has become imperative that in the larger public interest, wearing of the mask by any person who is moving in any public place is essential”.

The order also went on explicitly state that “any person moving around in his personal and official vehicle must be wearing these masks compulsorily”.

Under The Delhi Epidemic Diseases (Management of COVID-19) Regulations, 2020, ‘Authorized Persons’ have the power to impose a fine of Rs 500 for the first violation of the directives or guidelines issued by the DDMA, and a fine of Rs 1,000 for repeated violations.

So why has the petitioner sought a compensation of Rs 10 lakh?

After being challaned by police for not wearing a mask in his car, the Delhi-based lawyer, Saurabh Sharma, approached the High Court in September, seeking a refund of the Rs 500 fine, and a compensation of Rs 10 lakh for the alleged mental harassment caused to him in public.

Sharma’s argument is that his vehicle is a private zone, he was travelling alone, and that the Ministry of Health and Family Welfare has clarified that no such guideline has been issued by the central government.

On Wednesday, the Delhi government in its reply referred to the Supreme Court judgment in ‘Satvinder Singh @ Satvinder Singh Saluja & Ors Vs. The State of Bihar’ to defend its directive on wearing masks in vehicles.

The case was adjourned until January 7, 2021 to give the Centre time to clarify the position.

What was the case of Satvinder Singh in which the SC interpreted ‘public place’ in the context of a vehicle?

The Supreme Court was hearing an appeal by four Rotarians from Jharkhand, who while travelling from Giridih to Patna on June 25, 2016 in a vehicle, when subjected to a breath analyser test, were found to have consumed alcohol.

Since Bihar is a ‘dry’ state, a case was registered against them under Section 53(a) of the Bihar Excise (Amendment) Act, 2016, which provides for penalty against whoever “consumes liquor in a public place or an unauthorized place”. They were arrested and remained in custody for two days.

The men first approached the Patna High Court with a plea to set aside the order passed by a Chief Judicial Magistrate taking cognizance of their case. After the HC dismissed the plea, they approached the Supreme Court.

Their main argument before the apex court was that the vehicle in which they were travelling could not be said to be a “public place” within the meaning of Section 2(17A) of Bihar Excise (Amendment) Act, 2016, and that no liquor bottles or any other incriminating material had been found in their possession.

It was also argued that while Section 2(54) of the Bihar Prohibition and Excise Act, 2016 includes private vehicles under the definition of a public place, the same provision is not there in the Bihar Excise (Amendment) Act, 2016.

The Bihar government argued that the vehicle had been intercepted on a public road, and Section 53(a) of the Bihar Excise (Amendment) Act, 2016 was fully applicable.

What did SC finally say regarding definition of ‘public space’ in this case?

The Supreme Court in its ruling said Section 2(17A) of the Bihar Excise (Amendment) Act, 2016 defines a “public place” to mean any place to which the public has access, whether as a matter of right or not — and includes all places visited by the general public, and also includes any open space.

They key words are “any place to which public have access”, which phrase is further qualified by the phrase “whether as a matter of right or not”, the court noted. In the context of the case of the four Rotarians, the court noted that their vehicle was intercepted when it was on a public road.

The court dismissed the argument that a vehicle is not covered by the definition of “public place” as given in the law amended in 2016 by Bihar.