3,000 kg heroin was recently seized from Mundra port in a shipment originating from Kandahar. Such seizures from vessels in the Arabian Sea have risen in the months leading to the Taliban takeover of Afghanistan, and since. 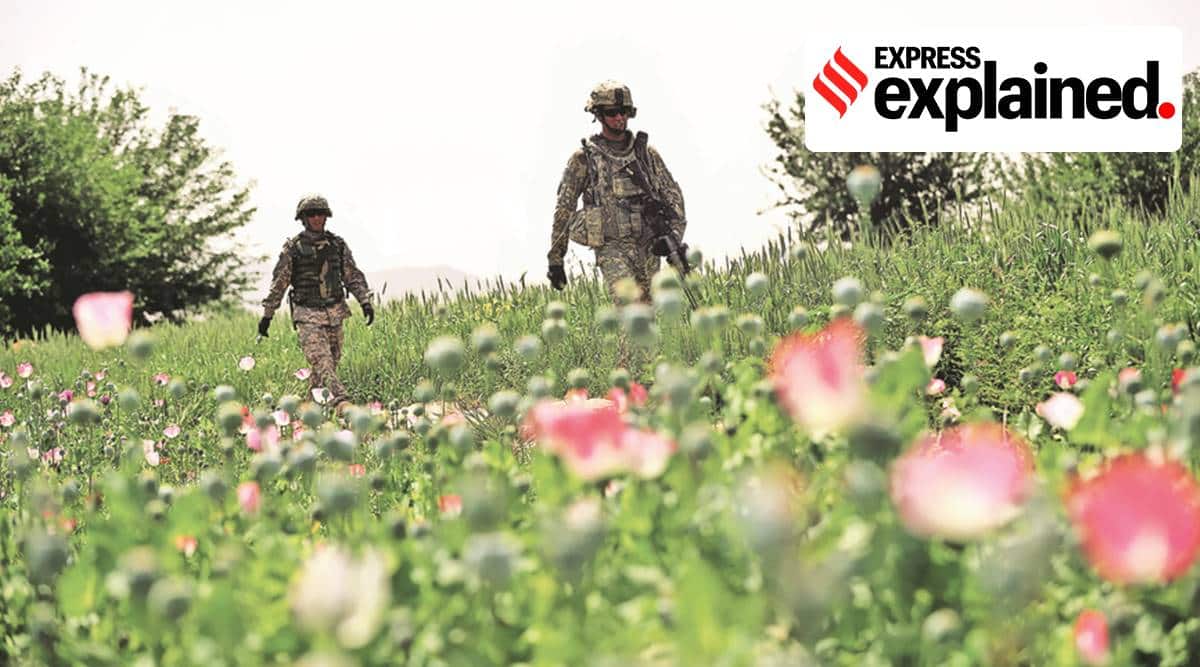 3,000 kg heroin was recently seized from Mundra port in a shipment originating from Kandahar. Such seizures from vessels in the Arabian Sea have risen in the months leading to the Taliban takeover of Afghanistan, and since.

May 9: 125 kg heroin seized allegedly from an Afghan couple living in Delhi

September 28: In connection with Mundra seizure investigations, 16.1 kg heroin from a godown in Delhi, 11 kg of a substance suspected to be heroin and 10.2 kg of powder suspected to be cocaine, from a house in Noida 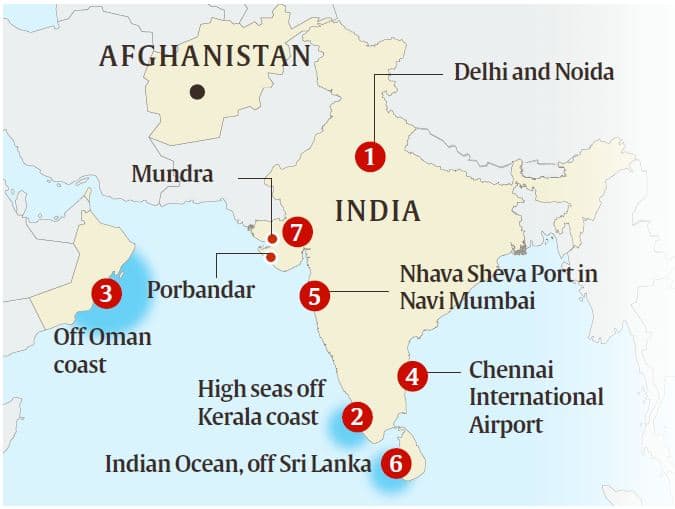 March 20 & April 19: 300 kg heroin seized by NCB from a Sri Lanka fishing boat, followed by seizure of 340 kg of heroin hidden in another Sri Lankan fishing boat; both consignments believed to have been received from a larger, Iranian vessel 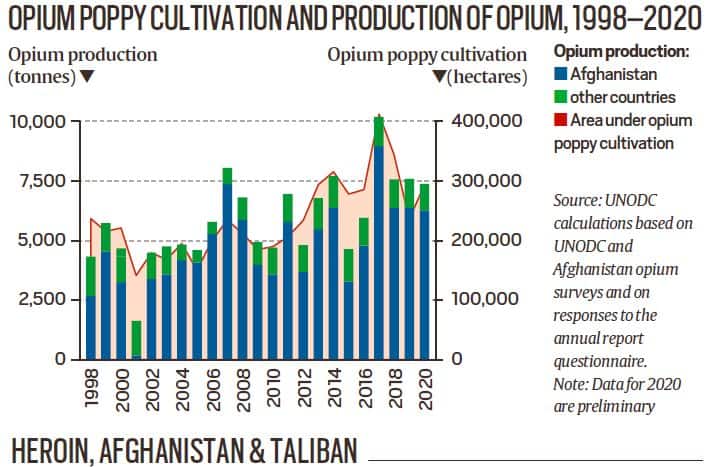 July 1: 300 kg of heroin seized from two containers at Nhava Sheva Port in Navi Mumbai; containers believed to have originated from Iran, and imported to India from Afghanistan; seizure valued at Rs 2000 crore

September 11: In Mundra, 3,000 kg heroin seized from two containers in a consignment of talc stones originating from Kandahar and shipped out of Bandar Abbas port in Iran.

September 18: Off Porbandar coast, a fishing boat seized with 30 kg of heroin; it had set off from Konarak port in Iran.

Lockdowns including on global air and maritime traffic resulted in fewer seizures in 2020 than in 2019 (see graph based on USODC report), and smaller sized individual seizures. But poppy cultivation, harvest and heroin manufacture remained unaffected by the pandemic.

In 2021, the number of seizures and their size has increased, especially since April. The regularity of bigger consignments may reflect the effect of uncertainties in Afghanistan from the time US President Joe Biden announced the departure of troops by August 31.

Poppy cultivation is controlled by the Taliban and was one of their main sources of revenue when fighting the Americans. Recent seizures may indicate syndicates are trying to clear out large quantities. It remains unclear what place poppy cultivation will have in the Taliban regime.

THE SEIZURE IN MUNDRA