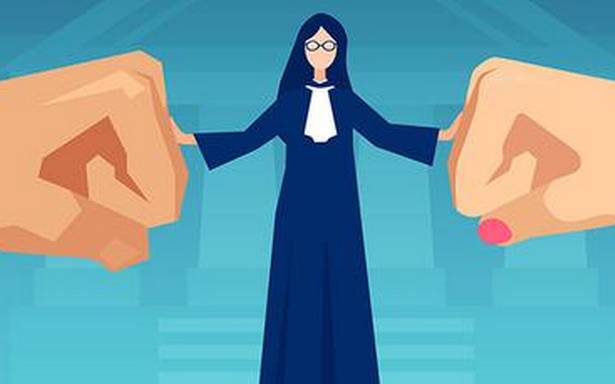 How have women’s rights activists responded to the proposition? Will the move help lower maternal mortality rates?

The story so far: The Government has listed its proposal to raise the age of marriage for women to 21 for legislative business in Parliament in the coming week. The move comes within days of the Union Cabinet approving the proposal which is based on the recommendations of a task force constituted last year.

What do marriage laws in India say?

What is the purpose of raising the age of marriage?

In her 2020 Budget speech, Finance Minister Nirmala Sitharaman announced that the Government would set up a task force to look into the “age of a girl entering motherhood” with the aim to lower maternal mortality rates, improve nutrition levels as well as to ensure opportunities for women to pursue higher education and careers. These were also the terms of references for a 10-member panel headed by former Samata Party chief Jaya Jaitly when it was constituted on June 6, 2020. The panel submitted its report to the PMO and Ministry of Women and Child Development in December 2020 but it has not yet been made public. Ms. Jaitly told The Hindu that raising the age of marriage is one of its many recommendations, which include a strong campaign to reform patriarchal mindsets, improving access to education by providing girls safe transport to schools and ensuring toilets and sanitary napkins so girls don’t drop out, providing sex education, as well as vocational training and livelihood options. “Unless all of the recommendations go with it, there is no justification to raise the age of marriage. It is like making traffic rules without providing good roads or traffic lights,” said Ms. Jaitly.

Will raising the age of marriage serve its purpose?

While children born to adolescent mothers have higher prevalence of stunting and low weight, experts argue that the underlying cause is poverty. There is also a need to improve access to education, skill training and employment opportunities which are some of the barriers for girls in pursuing higher education. It is also important to ensure a safe environment free from the constant threat of rape and sexual assault which is why girls are married off early. “A legislation to increase age of marriage is not needed for this purpose. This measure is superficial and does not go to the root of the problems faced by young women,” women’s rights lawyer Flavia Agnes told The Hindu. Steps must also be taken to address early pregnancies instead of focusing on age of marriage by extending family planning and reproductive health support which focus on preparation for pregnancy and delaying the first birth.

According to National Family Health Survey-5 (2019-2021), 23.3% of women aged 20-24 years married before the age of 18, which shows that the Prohibition of Child Marriage Act (PCMA), 2006, has not been successful in preventing child marriages and increasing the legal age at marriage for girls will expand the number of persons deemed underage and render them without legal protection. According to an analysis of NFHS-4 (2015-2016) data by Mary E. John, Centre for Women’s Development Studies, 56% girls were married below the age of 21 and this figure was as high as 75% among the poorest category of population. This is also worrisome when one looks at evidence on how PCMA is used largely by parents to punish their daughters who marry against their wishes or elope to evade forced marriages, domestic abuse and housework– a study by Partners for Law in Development showed.