Historically, the ministry is known for its patrol vans which enforced a harsh interpretation of the Sharia law while roaming the streets of Afghanistan. However, the Taliban insists "this time it's not the same". 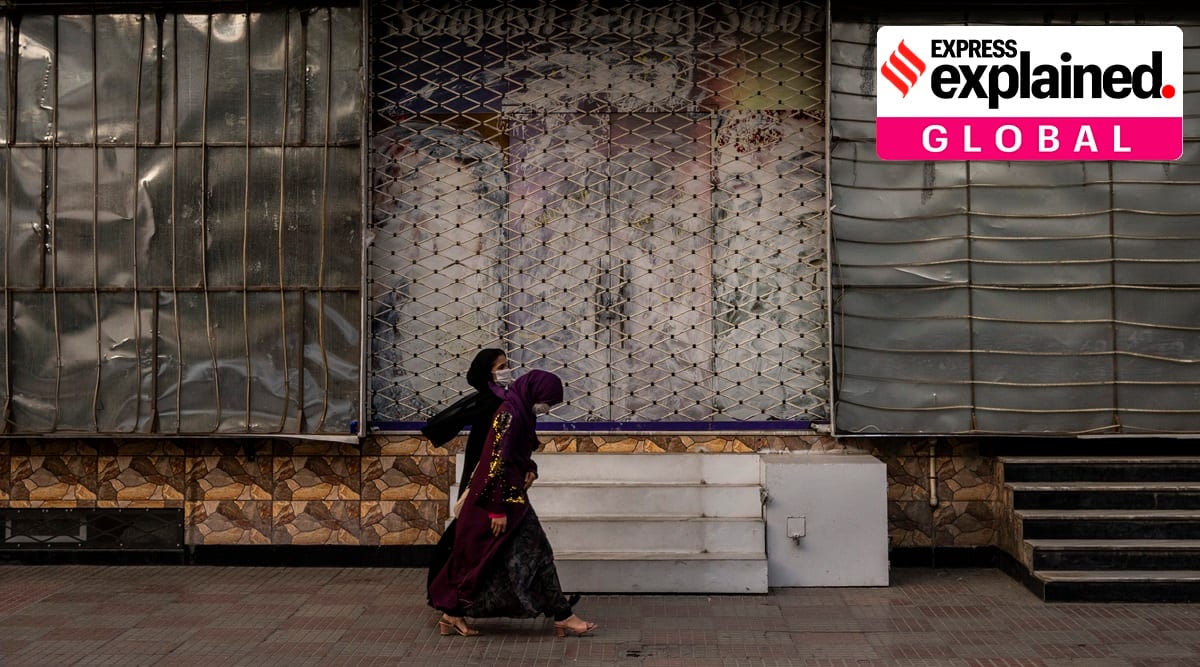 As media reports confirm that the Taliban’s newly appointed interim government is set to bring back its controversial Ministry for Propagation of Virtue and Prevention of Vice, there’s a renewed concern for human rights in the country, especially those of women.

A US daily tabloid quoted one Mohammad Yousuf, who is “responsible for the central zone of Afghanistan”, as saying that miscreants would be punished according to Islam’s rules for “major sins”.

For instance, if someone intentionally kills a person, they “will be killed back”, while killing unintentionally would incur another punishment like paying a fine.

Similarly, Yousuf added that theft would result in the perpetrator’s hand being cut off and illegal intercourse would get the miscreants stoned.

Yousouf, however, explained further that four witnesses are required to have the “same story” regarding the incident and that the Supreme Court “will overlook all these issues”. “If they are found guilty, then we will punish,” he said.

What is the Ministry of Virtue and Vice?

The Washington Post reported last week that the all-male government had appointed a cleric, Mohamad Khalid, as the head of the restored ministry.

Historically, the ministry is known for its patrol vans which enforced a harsh interpretation of the Sharia law while roaming the streets of Afghanistan. It banned music, carried out public executions, whipped and publicly humiliated women, and insisted upon a strict dress code.

However, Yousuf insisted that “this time it’s not the same” and the government is aiming to be a guiding factor. It will only use force if people indulge in repeated violations, Yousuf said.

A 1998 media report from a leading UK newspaper states that the ministry had ordered the people of Kabul to black-out the ground floor windows of their houses to prevent passing men from seeing the women within. The ministry had also threatened a house-to-house search for television sets, after outlawing them.

Other reports outline horrific punishments for women found guilty of different “crimes”. The ministry ensured that girls stayed out of educational institutes, while women accused of adultery were stoned to death. In other cases, if their ankles were showing or if they were unaccompanied by a male guardian, they would be beaten with batons.

Men weren’t allowed to sport thin beards and flying kites or playing cards, too, were outlawed. Homosexuality was punishable by death.

The ministry enforced strict prayer times, during which all businesses were required to be shut. 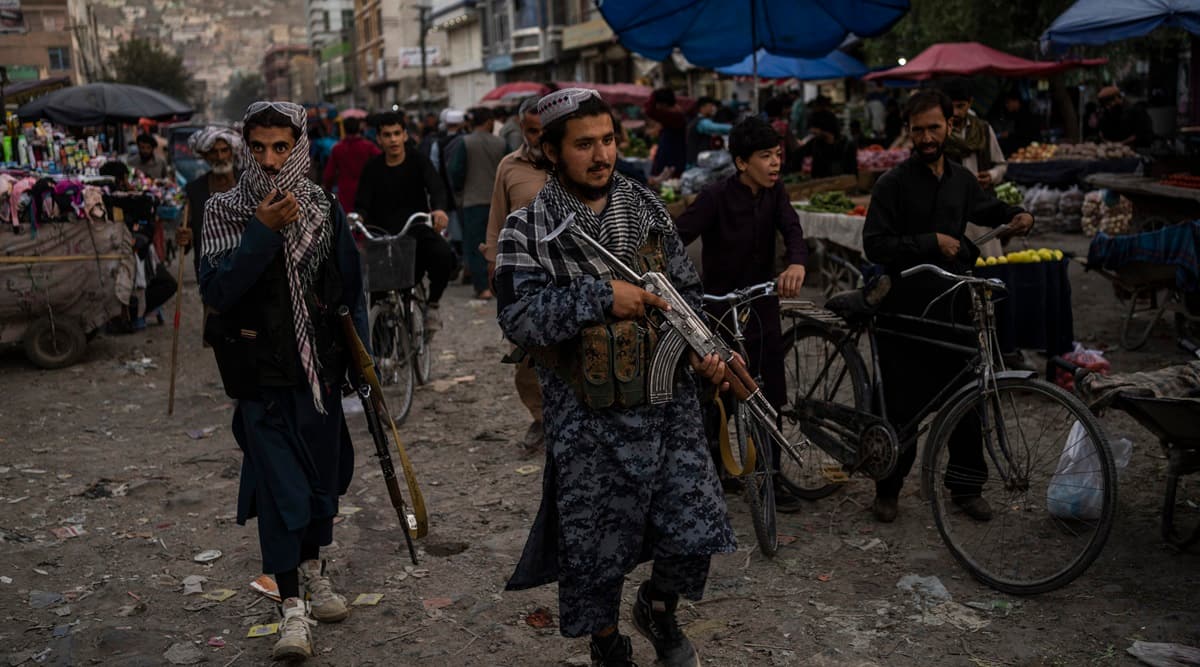 Following the US invasion of Afghanistan, President Hamid Karzai disbanded the Ministry of Vice and Virtue. However, a less powerful department continued to exist under the Ministry of Hajj and Religious Affairs, with no enforcement mechanism. Then Deputy Minister, Qazi Sulaiman Hamad, had laid out the departments responsibilities as such: overlooking issues of anti-corruption and proper hygiene, advocating tenets of Islam, and discouraging violence against women.

Do other countries have a ‘moral police’?

The Taliban-led Afghanistan isn’t the only Islamic country to institute a ministry for moral policing. Saudi Arabia has a Committee for the Promotion of Virtue and the Prevention of Vice (CPVPV), which follows a similar method of policing with patrol vans and emphasis on strict dress codes for women.

It was only in 2016, that the government of Saudi Arabia curbed CPVPV’s powers following much criticism for its strict moral code. It was no longer allowed to pursue, question, request identification from or arrest suspects, according to news agency Reuters. They would instead be required to report the incidents to the authorities concerned who would then enforce the law.

In effect, the religious police had similar rules as that of the Taliban’s. They imposed restrictions on film and music, banned alcohol and mixing of men and women, and forced stores to shut down during prayer times.

According to a leading Arab daily, the CPVPV was known for raiding beauty salons and burning books, and doling out punishments like shaving heads and whipping. However, 2016 ushered in a much-needed change, making room for the rights of women. Iran, too, imposes moral policing through the Gasht-e Ershad or the “guidance patrol”. The patrol is infamous for its harassment of women and enforcing a strict dress code. It can detain women while patrolling the streets if they are found to be wearing the hijab improperly, without a headscarf or talking to unrelated men. They were once fined for painted fingernails, under former President Mahmoud Ahmadinejad. Men aren’t allowed to have improper haircuts and barbers giving ‘western haircuts’ are shut down.

According to the Times of Israel, violators can be fined and sentenced to up to two months in prison.

Former President Hassan Rouhani had a moderate view of the Islamic law and always insisted on reining in the powers of the guidance patrol. However, the statement has been continually met by opposition from the conservatives in the country.

In 2016, Rouhani had criticised the use of 7,000 undercover morality police in Tehran, who weren’t authorised to arrest anyone but could send reports of violations of hijab to the police. In 2018, he had condemned violence by the guidance patrol, after videos of guards beating up women for improper hijab went viral on social media. However, the guidance patrol remains out of the President’s control and is supervised by Supreme Leader Ayatollah Ali Khamenei. According to Reuters, the government has a say in their policies through the Interior Ministry.

However, the guidance patrol in recent years has faced public opposition as women in Iran have been protesting against the strict modesty code.

In a pushback, Iran in 2019 launched a text-messaging service in Tehran, allowing neighborhood self-appointed guardians to report violations of public conduct to the police. It also added 2,000 new morality police units, the Telegraph reported, in the Gilan province to address defiance to the hijab rule. Cameras were installed on highways to surveil any female drivers removing their hijabs in their cars.