The site of the crash is already an accident-prone area with as many as 14 incidents along the stretch. 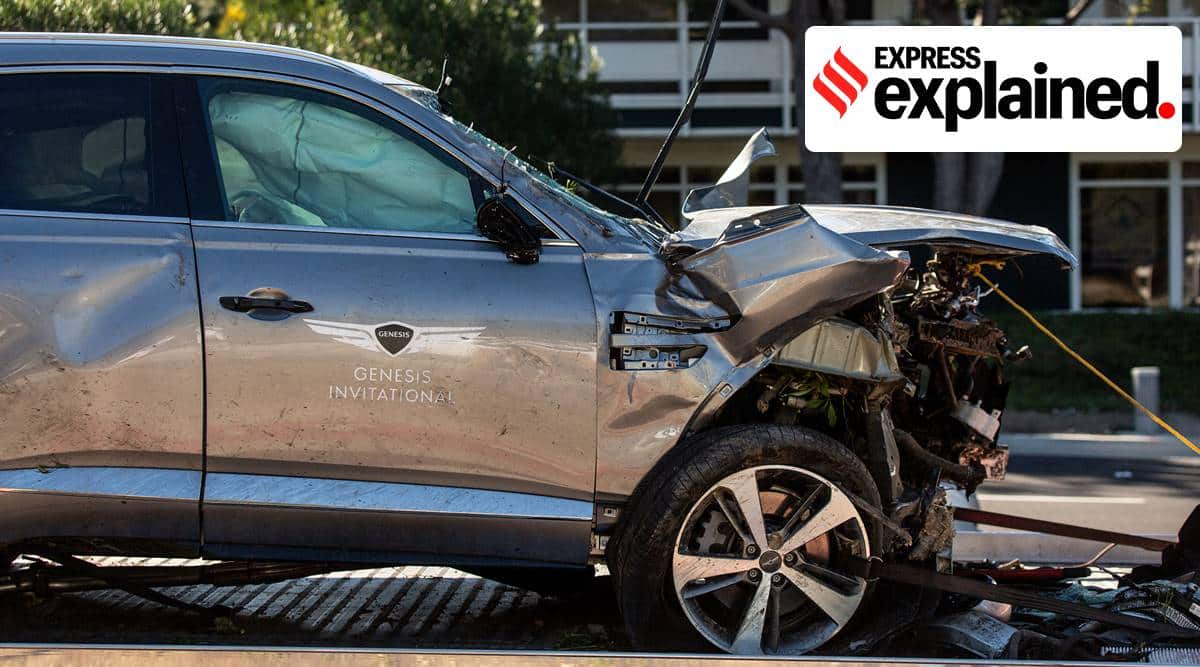 A Los Angeles County Sheriff released details from the report of star golfer Tiger Woods’ car crash that took place on February 23 at a dangerous stretch of road at the Rolling Hills Estate community in Los Angeles County. The report said the crash was caused because Woods was going at 40 miles (64 kilometres) an hour over the speed limit.

What speed was he driving at?

The site of the crash is already an accident-prone area with as many as 14 incidents along the stretch. Woods’ car touched anywhere between 84-87 miles an hour (135-140 kilometres an hour) at a stretch which has a speed limit of 45 miles per hour. Sheriff Alex Villanueva said, “The primary causal factor for this traffic collision was driving at a speed unsafe for the road conditions and the inability to negotiate the curve of the roadway.”

Could Woods have avoided crashing?

At the speed at which he was driving, no. In fact, according to Los Angeles Sheriff Department captain James Powers, the ‘black box’ of Woods’ car showed that he had accelerated and never hit the brakes during the incident.
“It’s believed that when you panic or you have some sort of sudden interruption while you’re driving, your initial thought is to hit the brake and it’s believed he may have done that but hit the accelerator,” Powers said, according to a Reuters report.

Was Woods inebriated in any way during the crash?

Powers also said that there were no narcotics, open containers or any odour of alcohol in the vehicle or on Woods post the crash. Woods himself told investigators that he had not consumed any alcohol or ingested prescription pills, but according to a New York Times report, investigators didn’t test Woods’ blood.

Woods has a history of driving related infractions that include prescription pills. In 2017, the 15-time Major winner was found by the police, asleep in his car at 3 am, in Florida by the side of a road. Woods blamed the incident on a cocktail of medicines, including Vicodin. He pleaded guilty to reckless driving and entered a diversion program for first-time offenders.

Has Woods been charged with any offense?

According to Villanueva Woods has not been cited for driving fast, nor were any criminal charges filed against him. The reason being under California law, excessive speeding must be reported by an independent witness or a law enforcement official. Since nobody reported the speeding, a solo vehicle collision was not considered as a reason for Woods to earn a citation. The county official also said that this was standard practice.

Why has the report been released only now?

There are contradictory reports regarding Woods’ health. Dr Anish Mahajan, the acting chief executive of Harbor-UCLA had said that Woods had multiple open fractures in his right tibia and fibula. But nothing about his left leg was mentioned even though a Los Angeles County fire chief had earlier said that Woods had serious injuries to both legs.
On March 17, Woods’ Twitter account had a statement saying that the golfer was back home and recovering from the multiple surgeries he had gone through.