Haryana floor test: The ruling BJP-JJP alliance was in a comfortable majority with 55 votes while the Opposition could manage only 32 votes. 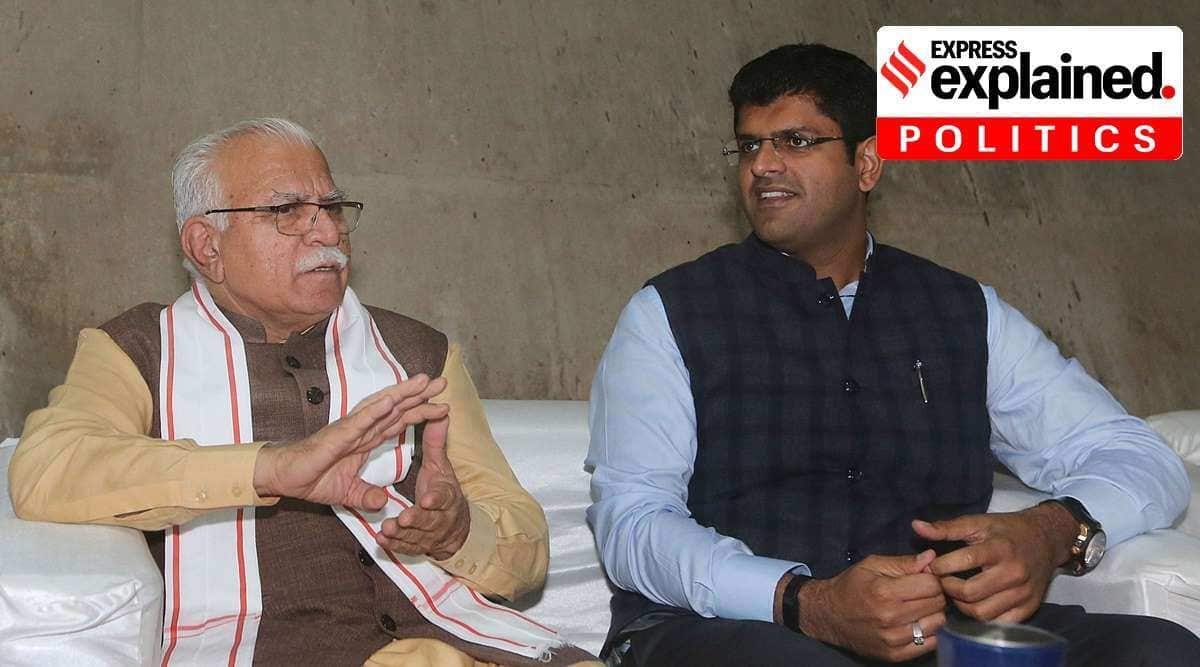 The Manohar Lal Khattar government in Haryana defeated the no-confidence motion moved by the Congress in Haryana Assembly on Wednesday. The ruling BJP-JJP alliance was in a comfortable majority with 55 votes while the Opposition could manage only 32 votes.

While Chief Minister Khattar, who had been facing the wrath of farmers, is likely to emerge stronger after winning the trust vote, Leader of Opposition and former Haryana CM Bhupinder Singh Hooda said the purpose of the no-confidence motion stands fulfilled.

Here’s what the development means for Khattar, Hooda, Dushyant Chautala and their respective parties, and how it may impact the ongoing farmers’ agitation?

Why was the no-confidence motion expected to fall in the House?

Given that the numbers were stacked in the ruling BJP-JJP alliance’s favour, it was no surprise that the no-confidence motion did not stand the floor test in the House.

If we look at the math, Congress would have fallen short of the majority no matter what. The current Vidhan Sabha has 88 members. INLD’s lone MLA Abhay Chautala had resigned over the farm laws while Congress MLA Pradeep Chaudhary was disqualified after his conviction in a riots case. BJP currently has 39 MLAs (minus Speaker, who did not vote), JJP 10 and the alliance enjoys the support of five Independent MLAs. Congress, on the other hand, has only 30 members.

Considering that the majority mark is 45, the BJP-JJP alliance was always placed comfortably while the Congress required the support of at least 15 MLAs to support the no-confidence motion. Even if the entire JJP would have switched sides and withdrawn support from the BJP, it was highly improbable for the Congress to destabilise the government as the BJP would have easily broughy five Independents and HLP’s Gopal Kanda on its side.

So, why did Congress move the motion despite having inadequate numbers?

From the very beginning, Hooda had been maintaining that the no-confidence motion was meant to embarrass the Khattar government and expose those MLAs who are not with the farmers in their ongoing standoff with the union government. During the debate on the no-confidence motion in the House, the Congress’s focus was to make the ruling alliance MLAs speak in favour of the three farm legislations that the farmers want repealed.

As the Congress MLAs accused the BJP-JJP MLAs of being anti-farmer, the latter continued to speak in favour of the farm legislations. Even CM Khattar reiterated that the three farm legislations will not be scrapped.

What does the trust vote mean for CM Khattar?

The Haryana CM is likely to have breathed a sigh of relief after defeating the no-confidence motion and foiling the attempts of the Opposition to destabilise his government.

For his critics too, Khattar has emerged stronger as he managed to save the government despite widespread anger, especially in the rural areas, mounting against both BJP and JJP leaders. Despite the fact that both BJP and JJP leaders are facing immense protests in their own constituencies and have not been able to hold any public event there, defeating a no-confidence motion in the House goes in his favour.

What did Hooda get from this no-confidence motion?

Although the no-confidence motion was defeated on the floor of the House, Hooda considers it as his victory. As he puts it, “Government may have survived in the House, but it has definitely fallen in the eyes of the people of Haryana”.

Targeting JJP more than BJP during the no-confidence motion due to the rural and primarily Jat votebank of the state, Hooda said, “JJP and Independent MLAs, who are allies of the government, had a chance to vote for the farmers and fulfill their responsibility to be people’s representative. Although Congress had limited strength in the House, we stood with the farmers firmly and fulfilled our responsibility. We voted against the government that had used force on the farmers by way of lathi charge, firing tear gas and using water canons in peak winter besides implicating innocent farmers in false criminal cases. Congress will continue to stand firmly in support of the farmers and will raise their voice from the streets to the House.”

While speaking first during the debate on the no-confidence motion, Hooda had proposed to have a “secret voting” though he knew it would be rejected.

After the motion got defeated, Hooda said, “This clearly shows that the government feared that many of its MLAs would vote in support of the no-confidence motion. The BJP-JJP alliance knew it very well that this government was formed not by majority but by insulting the public opinion. Even they don’t know how long this government would stand on crutches and such governments fall under the burden of their own failures.”

What does it mean for Dushyant Chautala?

Even more than Khattar, it is Dushyant Chautala who is in the firing line of the Opposition and the rural population of the state. First, Dushyant, who is a scion of one of Haryana’s tallest farmer leader Devi Lal, had sought votes against BJP in the 2019 assembly polls; secondly, he entered into a post-poll alliance with BJP and grabbed the post of deputy chief minister but did not stand with the farmers by withdrawing support from the government. The Opposition had been portraying Dushyant as being “power-hungry”. However, Dushyant had been maintaining that he would be part of the ruling government till the day he can ensure MSPs to farmers and would be the first one to resign if he fails to do so. Several of JJP’s own MLAs had been speaking openly against the three farm legislations that Dushyant had been defending. Tohana MLA Devender Babli, and Narnaund MLA Ram Kumar Gautam have been openly criticising Dushyant for not withdrawing support from BJP.

However, both voted against the no-confidence motion today. That would help Dushyant snub his critics who had been targeting him over his party’s rebel MLAs. Today’s voting in the House showed even he could keep his flock together.

Will it impact the ongoing farmers agitation?

Various farmer unions had been protesting against BJP-JJP leaders across Haryana. For the last several weeks, farmers had forced leaders from the two parties to remain confined to their homes and offices. Several cabinet ministers, including chief minister and deputy CM and their cabinet colleagues, are facing strong protests whenever they visit their respective constituencies.

Congress will use today’s development to further attack JJP for not pulling out of the government. Farmer union leaders, including Rakesh Tikait and Gurnam Singh Chadhuni, had also appealed to the people of Haryana to pressure MLAs of their respective constituencies to support the no-confidence motion. That, however, did not happen.

It is now likely that the protests against BJP-JJP leaders would intensify further in the coming days.