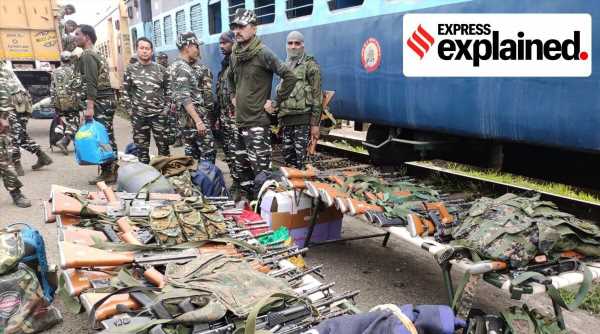 By February 25, at least 125 companies of central forces will arrive in West Bengal to maintain law and order during the Assembly election campaign. Companies of central security forces will begin arriving in West Bengal this week, ahead of the Assembly elections, dates of which are yet to be announced. By February 25, at least 125 companies will arrive in the state to maintain law and order during the election campaign.

The early despatch of the troops has come as a surprise for the state administration.

Each company — headed by an assistant commandant — has 80 to 100 personnel. The state government has to bear the expenses incurred by the forces sent by the Centre.

The Chief Electoral Officer of West Bengal has sent a detailed deployment strategy to the state administration, and asked that district officials be intimated about the same. He instructed that forces be deployed in all districts of the state.

In this case, the schedule of the election is yet to be declared by the EC.

Over the past several months, both the ruling Trinamool Congress (TMC) and the BJP have accused each other of killing their party workers. In the last year, political violence and murder has increased in the state. BJP president J P Nadda’s convoy was recently attacked allegedly by ruling party cadres, and several leaders of Opposition parties were murdered in last six months.

Deployment of a large number of central forces much before the poll dates are announced also hints that the EC may initiate all possible measures to ensure an incident-free election in the state this year.

Sources pointed out that it also gave a clear hint the EC was laying special emphasis on Bengal ahead of the polls. This is because the poll panel has not sent such huge contingents to other election-bound states of Assam, Tamil Nadu, Puducherry or Kerala.

The EC had earlier hinted that it was keeping a close watch on the law and order situation in Bengal, as it had asked district authorities to revert with detailed reports on a regular basis. The decision to send in central forces at this time could be a response to these reports.