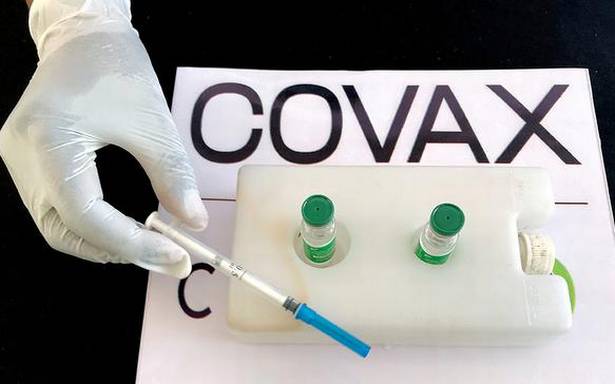 How is the vaccine-sharing platform dependent on Serum Institute for distribution of Covishield in other countries?

The story so far: With close to 85 crore doses of COVID-19 vaccine doses dispensed in India so far, Health Minister Mansukh Mandaviya earlier this week disclosed plans to resume export of the India-made vaccine from October, under a programme called ‘Vaccine Maitri’, to foreign countries as well as COVAX. The latest supply forecast for global vaccine-sharing platform, COVAX, is that it will have distributed 1.4 billion doses by the end of 2021, less than the 2 billion doses it had aimed for earlier this year. Only 280.5 million doses have been given out through COVAX as of September 15.

How many doses has India supplied abroad?

According to data from the Ministry of External Affairs, as of May 31, 6.6 crore doses of locally made vaccines have gone out of India either as grants, exports or supplies to COVAX. The last despatch was on March 29. Close to 99% of the vaccines supplied were Covishield.

Why did India stop vaccine exports?

India’s vaccination drive began in January for healthcare workers and was gradually expanded to those aged over 60. Until February, the uptake was slow. The first two months were also marked by a declining trend (that commenced in September 2020) in daily fresh cases of infection. By February, the daily count had dipped to an all-time low of below 10,000 — something not witnessed since June 2020. Some government-backed epidemiological forecasts as well political messaging began giving out the impression that India had likely passed the worst of the pandemic. By mid-February however, several districts in Maharashtra started reporting a sharp spike, and by March the ascension was rapid enough for a growing public demand that vaccines be made freely available. India had not yet approved foreign-made vaccines, and though Bharat Biotech’s Covaxin was approved before the results of its ongoing phase-3 trials, there was too little of it available to the public. By March-end, India placed “restrictions” on the export of Covishield, and stopped it by mid-April.

What is Covishield’s role in COVAX?

The Pune-based Serum Institute of India (SII) was expected to be the mainstay for COVAX. Along with the unexpected spike in demand in India following the second wave, a fire at its facility in January meant it struggled to meet its stated production target of 100 million doses a month and was languishing at around 60 million doses. The speedy production of Covishield was aided by a $300-million investment in SII, in November 2020, by the Bill & Melinda Gates Foundation to offset the risk from producing billions of doses of vaccine and in case it was proven to be not effective. However, with the second surge and the export restrictions, COVAX and its member-partners have over the last few months expressed concerns that SII’s inability to manufacture has meant that COVAX’s commitment to supply two billion doses by the first quarter of 2022 would be impacted. African Union countries are expected to receive 470 million doses by the end of 2021, but the forecast is 25% lower than predicted in June 2021.

What has changed now?

Regarding the resumption of exports, India has said only “excess supplies” will be eligible for exports. Vaccine production has nearly doubled since April and could rise to over 30 crore doses by October, thus freeing up supplies. Several factors favour India. There is a steady decline in new cases, over half the adults have got at least one dose and, despite reports of fully inoculated people catching the infection, there is no worrying rise in severe disease or mortality. However, Covishield continues to be India’s vaccine mainstay. The supply of Covaxin has increased, but it still accounts for only around 11% of India’s total vaccine output. Millions of doses of Sputnik V, Sputnik Light, Corbevax and ZyCoV-D are projected to be available in the next few months but so far none has started rolling off the shelves. With nearly 100 crore doses needed to fully vaccinate all adults, it is unlikely that all will be fully vaccinated by the year-end. For that, one crore doses need to be administered every day. India’s average daily pace now is about 70 lakh doses.