The separate state of Gorkhaland has been a longstanding demand of Gorkhas living in the Darjeeling hills. But what are the challenges before BJP in taking up the issue ahead of next year's Assembly elections? 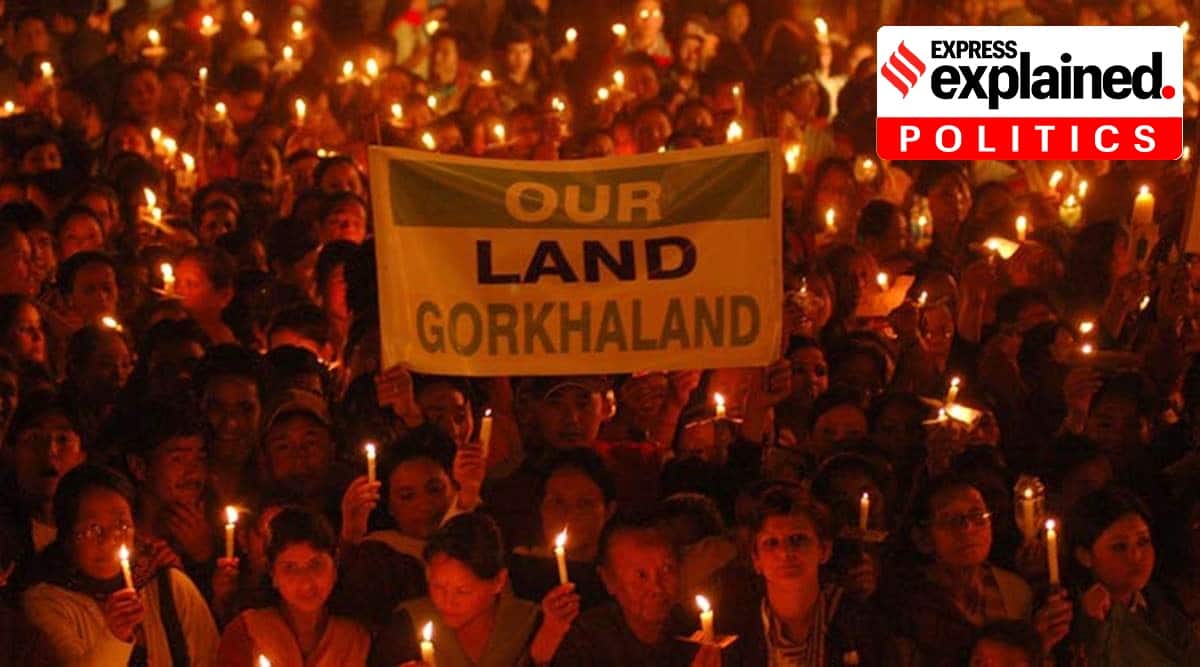 Earlier this month, the Ministry of Home Affairs (MHA) had invited the West Bengal government, the Gorkha Territorial Administration (GTA), and the Gorkha Janmukti Morcha (GJM) for a tripartite meeting to “discuss issues related to Gorkhaland” in Delhi on October 7.

However, the question remains: Why did the Centre suddenly decide to hold a meeting on the issue when the West Bengal government always maintained that it is not in favour of the separate statehood demand?

A brief background of the case

The separate state of Gorkhaland has been a longstanding demand of Gorkhas living in the Darjeeling hills. GTA is the local autonomous body in the Darjeeling hills, which is headed by the Binoy Tamang-led faction of the GJM that supports the TMC. The other GJM faction led by Bimal Gurung supports the BJP. Gurung had signed the GTA accord on behalf of the undivided GJM in July 2011.

In 2017, Gurung had orchestrated a 104-day shutdown in the Darjeeling hills demanding separate statehood. However, he is on the run ever since he was charged by the state under the Unlawful Activities (Prevention) Act (UAPA), 1967.

How did the matter come to fore recently?

What was the promise BJP made in its election manifesto?

In the 2019 Sankalp Patra (election manifesto), the BJP had said, “We will recognise the 11 left out Indian Gorkha sub-tribes as Schedule Tribes. We are also committed to implementing reservation in the legislative assembly of Sikkim for Limboo and Tamang tribes. We are committed to working towards finding a permanent political solution to the issue of Darjeeling Hills, Siliguri Terai and Dooars region.”

The same promise was made by the BJP in its 2014 and 2009 election manifestos.

Despite winning the Darjeeling Parliamentary seat successively since 2009, the BJP has not been able to address the half-a-century old issue. However, the issue of Gorkhaland always resurfaces during the time of elections and is pushed under the carpet once polls are over. The longstanding demand of the Gorkhas, on the other hand, remains unfulfilled.

So, what exactly are the challenges before BJP?

The BJP emerged as the principal opposition party in West Bengal after 2019 Lok Sabha polls, winning 18 out of 42 Lok Sabha seats. However, the party’s chances of securing the majority number of seats in Bengal are slim if it continues supporting the Gorkhaland demand. Dilip Ghosh, the state BJP chief, had earlier said that they do not believe in the idea of a separate state of Gorkhaland.

Also Read | Darjeeling unrest: Here is a history of the Gorkhas and a lazy hamlet called Dorjeling


With the state gearing up for the Assembly polls in eight months’ time, the BJP-led central government is once again making attempts to tap on the sentiments of the Gorkhas by convening a meeting on the Gorkhaland issue. However, the sudden change in the subject of the tripartite meeting also exposed the indecisiveness of the central government in handling the issue. The bid to win over the people in North Bengal hills poses the risk of falling out with the people of rest of Bengal. Under the present circumstances, it remains to be seen what stance the BJP takes to address the issue without jeopardising its poll prospects in Bengal.