Rowling’s account of the violence she suffered is an indication of the complex history that guides her opinion. At the same time, her cis-identity and its majoritarian privileges are overwhelming in the face of the odds the transgender community continues to face. 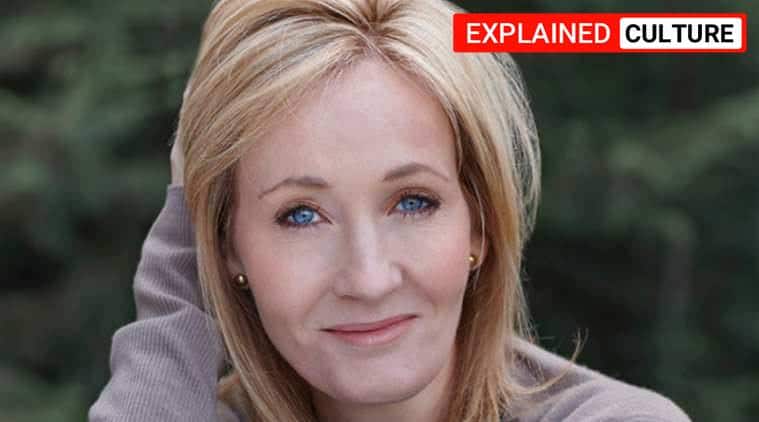 Rowling was reacting to a newspaper report in which British Labour MP Lloyd Russell-Moyle had accused her of discriminating against trans women based on her experience of domestic abuse. Russell-Moyle later issued an apology on Twitter, but the controversy over Rowling’s stance on trans rights is far from over.

In June, the creator of the Harry Potter universe had taken exception to an opinion piece titled “Creating a more equal post-COVID-19 world for people who menstruate” and had argued, over a Twitter thread, that “If sex isn’t real, there’s no same-sex attraction. If sex isn’t real, the lived reality of women globally is erased. I know and love trans people, but erasing the concept of sex removes the ability of many to meaningfully discuss their lives. It isn’t hate to speak the truth.”

The tweets drew a flood of criticism from members of the LGBTQ community, gender activists, and from actors such as Daniel Radcliffe, Emma Watson, and Rupert Grint, who have played major roles in the cinematic franchise of the Potter universe.

Responding to the backlash, Rowling wrote an essay on June 10, in which she revealed, for the first time, the domestic abuse and sexual assault she had survived, and how her concerns about women’s safety, arising from her own personal history, does not make her a TERF (Trans-Exclusionary Radical Feminist) and is not exclusive of her sympathy for trans rights.

What made Rowling’s statements so controversial then?

For one, they came during Pride Month — and at a time when injustices against minorities are in sharp focus across the world. For a cis-gender woman of her stature to send out mixed signals about a minority community that has historically been discriminated against is seen as potentially damaging to their struggle for equality.

This is not the first time either that the writer who gave us the complex but inclusive universe of Harry Potter has been ambivalent on gender rights.

In 2007, during an appearance at Carnegie Hall, Rowling had first mentioned that she always envisaged Albus Dumbledore, the sagacious principal of Hogwarts, as a homosexual man in love with the corrupt wizard Gellert Grindelwald. It would have been one more reason for fans to love the fantastic world she’d spun, except critics and activists pointed out that Dumbledore’s sexuality is never alluded to in the seven-book series, making Rowling’s claim seem revisionist.

In the same year that the second movie came out, Rowling fuelled further speculation by “liking” an anti-transgender campaigner’s controversial tweet referring to trans-women as “men in dresses” receiving “brocialist solidarity”.

While Rowling’s representatives explained it as a “clumsy and middle-aged moment”, it created a huge backlash against her. What activists and rights campaigners pointed out was that for a person with her kind of reach, Rowling’s contrarian statements and the language she uses to frame them often invalidates the struggles of the trans-community.

A year later, there would be a repeat, when Rowling showed solidarity, this time, knowingly, with Maya Forstater, a tax specialist, whose transphobic views cost her her job. In a December 19, 2019 tweet, Rowling wrote, “Dress however you please. Call yourself whatever you like. Sleep with any consenting adult who’ll have you. Live your best life in peace and security. But force women out of their jobs for stating that sex is real? #IStandWithMaya #ThisIsNotADrill”.

A part of the criticism aimed at Rowling arises from a difference in reading the nuances of the ongoing gender discourse.

The broad contention of LGBTQ rights activists is that gender identity and biological sex are distinct from each other and should be recognised as such. For a section of feminists, though, this distinction negates the battle for the recognition of women’s rights in the face of centuries of patriarchal oppression. In disowning biological sex, they argue, the discrimination against women as a sex is being perpetuated.

In her June 10 essay, Rowling states, “…I want trans women to be safe. At the same time, I do not want to make natal girls and women less safe. When you throw open the doors of bathrooms and changing rooms to any man who believes or feels he’s a woman – and, as I’ve said, gender confirmation certificates may now be granted without any need for surgery or hormones – then you open the door to any and all men who wish to come inside.”

In July 2018, the UK government began the process of inviting public consultations on the reform to the Gender Recognition Act 2004, that guarantees legal validation of their lived gender to the trans-community in the UK. While the majority has supported amendments, one of the issues that surfaced during the course of these consultations was the apprehension of the impact the amendments to the Act would have on the provisions of women-only or single-sex spaces.

In her essay, what Rowling is referring to is the Scottish government’s proposal to replace the existing clause of providing medical evidence by an alternative statutory process, in which applicants will have to make a declaration that they intend to live in their acquired gender for life.

Our lived experiences often form the prism of our biases, and Rowling’s account of the violence she suffered is an indication of the complex history that guides her opinion. At the same time, her cis-identity and its majoritarian privileges are overwhelming in the face of the odds the transgender community continues to face.

As Rowling herself says in the essay, “I’m extraordinarily fortunate; I’m a survivor, certainly not a victim.” Perhaps, a way ahead lies in this recognition and acknowledgment — that we need empathy and education on how to articulate our sympathies, anger and anxieties over the many individual and communal injustices that run like a border across our identities.