While too many musicians have been making music during the lockdown, why such unprecedented sales for Folklore – 16 songs created in self-isolation – the highest for any album in 2020? 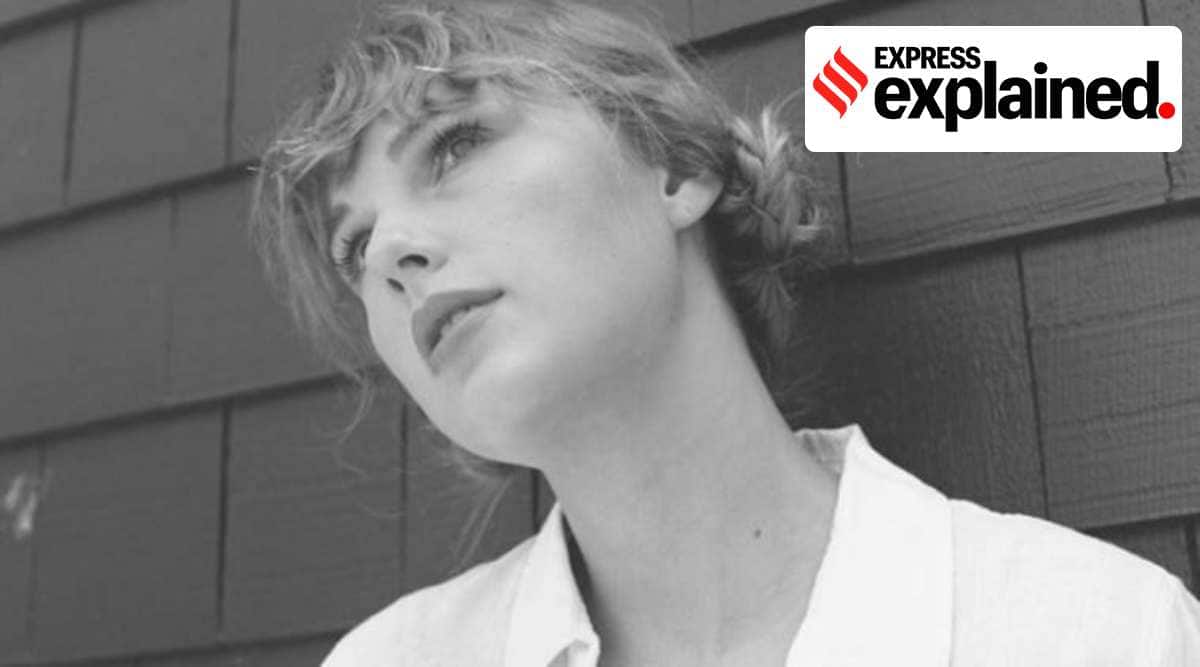 Taylor Swift, the prevailing goliath of the pop cosmos, isn’t new to the idea of selling a million albums. For someone who has created pop with much dexterity in her previous seven albums, Swift has had exceptional record-breaking highs (1989 from 2012 sold more than 10 million copies and Red remains a quadruple-platinum album). So much so that the traditional logic of the digital age, that music albums are not in vogue, has never touched Swift.

Despite contemporary fandom being an online affair, of which 30-year-old Swift is a master, her loyal fans, ‘Swifties’, have always picked up the physical copies of her albums – vinyl and CDs – besides buying her music online. But all of that was before the pandemic. That is when she had all the resources at her beck and call. But the COVID-19 situation changed all those arrangements. Since March, Swift was in self-isolation at her home in Los Angeles and made use of it by writing new music, turning her musings into a new surprise album – Folklore. It broke the record for first-day streams by a female artist on Spotify, followed by more than a million albums getting sold.

While too many musicians have been making music during the lockdown, why such unprecedented sales for Folklore – 16 songs created in self-isolation – the highest for any album in 2020?

Finally, an album for adults

Swift is talented, yes, but most of the love she gets is from those under 25. The reason is her trajectory. Before Taylor Swift became a pop sensation, she was 16 and a country music rockstar, who was creating folkish tunes marinated in urban flavours. The Pennsylvania-born singer-songwriter moved to Nashville to find herself and did spectacle-style live shows there, “living for the approval of strangers,” as she says in Miss Americana, Lana Wilson’s documentary on Swift. She crossed over to high-gloss pop soon, becoming one of its biggest names. She picked up the Grammys and other awards, drew completely from her life and layered the songs with personal references, but it’s Folklore that finally has the grown-ups tuning in. The reason is its tunes – a stripped version of the gloss that has catapulted her into the indie aisle suddenly, where that cultivated indie rock listener hangs out.

Swift has always been a great storyteller, mostly of her own life – her misery, high-school boyfriends, a friend who had an eating disorder, break-ups, celebrities, affections, being a victim to Kanye West’s remark during an award show where he crashed the stage and said that Beyonce should have won instead of Swift. She responded with songs. But in Folklore, the storytelling changes focus. She is less self-obsessed, talks of other characters from her life that have existed or might in future. In one of the songs titled Epiphany, Swift speaks about her grandfather fighting during World War II and attending to one of his bleeding fellow soldiers. The reference to “laboured breathing” transports us to the 2020 pandemic and with much empathy. Which is also why Swift is selling. The new Swift is more compassionate to other people’s stories. The stories are personal but not about her only. That’s a huge change. 📣 Express Explained is now on Telegram

On Swift’s website, the ‘Cardigan’ from the song of the same name, and the ‘In the trees’ hoodie is available with the deluxe version of the album, which also has a bonus track. The merchandise from Folklore is selling in combination with the standard digital album. Back in 2012, in the case of 1989, she had a deal with Target to sell the deluxe version of the album that came with bonus tracks. But besides regular marketing strategies, Swift has engaged in more indirect efforts. Hers is a diverse and loyal fanbase – mostly the young from a globalised and diverse world whose social media presence is a significant part of their lives. She engages with her fans on social media aggressively, takes selfies with them, hugs them, talks to them like they are her close friends. Therefore she’s been called calculating by the media. Calculated or not, Folklore is a reinvention that is likely to go a long way.

Female pop stars in America come with a shelf life. Besides other factors such as an inability to reinvent themselves, one wrong move can end their careers (think Dixie Chicks who commented on George Bush and found their career wiped out). But Swift is far from being out of the game. In fact, she is writing better, turning to a different soundscape. The coming years could very well be the post-pop Taylor Swift era, where she completely changes her style to cross over to indie styles and maybe more.