The colour-coded Graded Response Action Plan (GRAP) is intended to prevent administrative delays in announcing preventive measures such as the one seen during the second wave. 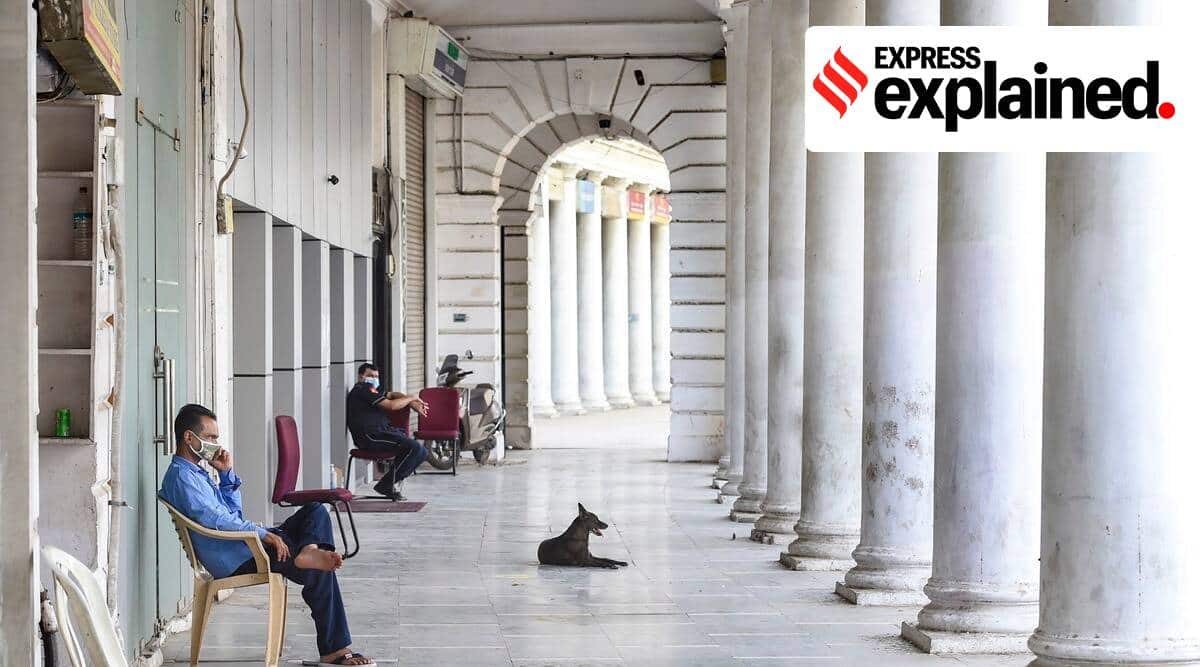 The Delhi government Sunday notified a colour-coded action plan under which the level of restrictions in markets, industries, offices and public transport will be determined based on the Covid-19 test positivity rate, new cases, and occupancy of oxygen beds in hospitals.

What is the need for a colour-coded action plan?

In the absence of any clear-cut policy, there have been instances of the government announcing restrictions only after a major surge in cases. Even during the second wave in April, the Delhi government had announced a lockdown on April 19, when the city had already been registering over 20,000 daily cases.

The colour-coded Graded Response Action Plan (GRAP) will prevent administrative delays in announcing preventive measures such as the one seen during the second wave, said a senior Delhi government official. On Sunday, chief secretary Vijay Dev notified the plan, which was approved by the Delhi Disaster Management Authority (DDMA) on July 9. However, with the city’s positivity rate and hospitalisation rate currently well below the parameters that necessitate the sounding of any alert, no fresh restrictions are being imposed immediately.

What is the colour-coded action plan exactly?

It states that restrictions will be based on three parameters: test positivity rate (TPR), cumulative new positive cases and occupancy of oxygen beds in hospitals. And the restrictions have been classified under Yellow, Amber, Orange and Red alerts. While Yellow is the lowest level of alert, Red is the highest, which will bring the city under a complete lockdown. Most economic and social activities and public transport facilities will come to a halt with Orange alert itself.

When is the Yellow alert triggered? And what are the restrictions?

This alert will go out if the TPR remains over 0.5 for two consecutive days or cumulative new positive cases (for a duration of one week) touch 1,500 or the average occupancy of oxygen beds in hospitals remains 500 for a week.

What is Amber alert? What additional restrictions will come into effect?

The city will enter the next phase of restrictions if the TPR remains over 1 for two consecutive days or 3,500 new cases are reported in a week, or average oxygen bed occupancy remains over 700 over the course of a week.

Apart from the restrictions listed under yellow, restaurants and bars will close, but home delivery and takeaway will be permitted. Timings of shops in markets and malls will be from 10 am to 6 pm. Public parks and gardens will close, along with barbershops, salons, and beauty parlours. Metro will be allowed at 33 per cent capacity, while buses will have to adhere to the 50 per cent capacity. Apart from night curfew, weekend curfew will kick in, restricting public movement from 10 pm Friday to 5 am Monday.

Fully allowed under Amber: Construction activities and manufacturing units, e-commerce will have no restrictions.

When will Orange alert be sounded? What are the restrictions?

Stricter restrictions under the orange alert will kick in if TPR remains over 2 for two straight days or in the case of 9,000 new cases over a week’s time or the average occupancy of oxygen beds remains 1,000 or above for seven consecutive days.

The Delhi Metro, malls and markets will close. Only shops dealing with essential goods such as groceries, milk booths, and chemists will function. Buses will be permitted to operate with 50 per cent seating capacity only with passengers engaged in essential activities. Construction activities will be halted. Only those sites offering accommodation facilities to labourers will be allowed. For factories, only those producing essential commodities will be allowed if workers can live on the site. E-commerce will be allowed only in the case of essential items like medicines or health equipment. Delhi government offices will be allowed to open, but private offices, except those falling under exempted categories, will be shut. Night and weekend curfews will remain enforced.

When will the highest level of restrictions under Red alert come into effect?

If the TPR breaches 5 for two days in a row or the city records 16,000 news cases in a week or the average occupancy of oxygen beds in hospitals remains 3,000 or above over a week.

The city will go under a lockdown in the case of Orange alert itself. The additional restrictions for Red will mainly be on the movement of people and vehicles as a total curfew will be imposed.

What are the restrictions specific for marriages and funeral-related gatherings?

A maximum of 20 persons can take part in these events under yellow and amber alerts. In the case of Orange and Red alerts, it will come down to 15.

What are the sectors that will remain open irrespective of the level of alert?

Hotels and lodges in Delhi will remain open under all four levels of alerts. Places of worship will remain open so that rituals can be carried out but no visitors will be allowed. In the case of intra-state movement of buses, only those under exempted categories will be allowed and seat occupancy will be capped at 50 per cent from Yellow alert itself.

What are the restrictions for people entering Delhi from other states?

For people entering Delhi from other states, a negative RT-PCR report not older than three days or a full vaccination certificate is mandatory when the city is under Red alert and the incoming travellers are from states with a TPR above 5. Those coming from states where a new strain of Covid has been found will also have to produce vaccination or negative RT-PCR reports.