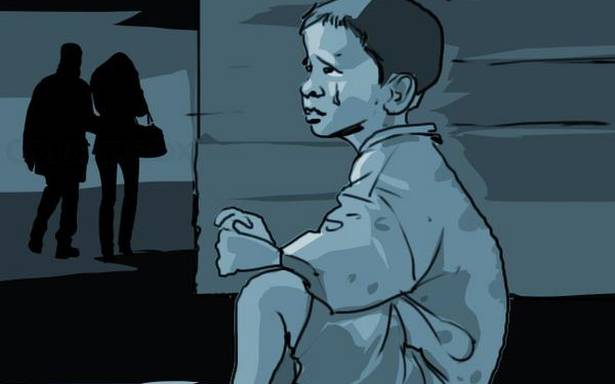 In backward areas, hunger and poverty too snap lives leaving them vulnerable, they say

When Prime Minister Narendra Modi announced special ‘PM-CARES for Children’ for those orphaned due to COVID-19, activists here demanded similar benefits be extended all parents-less children.

“Children are not left alone only when their parents lose battle against COVID-19. In backward areas, hunger and poverty too snap lives and orphaned children must be taken care of,” said Jyoti Prakash Brahma, a child rights activist here on Sunday.

Ten days ago on May 18, Flora Nag (15), Sarita Nag (14) and Prashant Nag (11) (names changed) under Khaprakhol block of Balangir district lost their father Subal Nag (60), who had been keeping unwell largely due to his poor condition.

Though COVID-19 test was not conducted, he had fever for three to four days before his death. His wife had died of tuberculosis in 2019.

“For the past 10 days, the local sarpanch has been arranging one time food while our neighbour in the village takes care of dinner. This cannot go on for an indefinite period. All our relatives are either daily wagers or marginal farmers. No one is ready to take our burden,” said Floral Nag, who has learnt cooking after her mother’s death.

Her two younger siblings are in school — one will appear for matriculation examination while the other one is in class VI.

Bishnu Nag, the neighbour, said, “The death of both parents has been duly informed to authorities. But no one has turned up to find a solution. In a two-room house, the three kids live alone. Apprehending trouble, I have allowed them to sleep in my house during night time. But I am not financially well off to take care of these children for long.”

Similarly, two children aged 11 and 4 in Bhainsadani area of Nuapada district have lost their parents in the past couple of years. They belong to the Paharia community which lives on the Odisha-Chhattisgarh border. The community does not have enough resources to rely upon. They are not treated tribals in Odisha though they enjoy the benefits in Chhattisgarh. The two siblings now live with their maternal uncle, who is not ready to part with them.

“Unless I am assured that these children would not face any problem in future and their education and food will be taken care of by the government, I am not ready to hand over their custody to the government,” said Laxman Paharia, children’s uncle.

Saroj Barik, an activist working with migrant workers for long, said, “I have come across several instances in which children had lost their parents either at workplace or home in the last two decades. These children too deserve government’s care which is being extended to COVD-19 orphans.”

The Centre on Saturday announced a special scheme for all those orphaned due to COVID-19, which will include a corpus of ₹10 lakh for each child till he or she reaches 18.