‘Political parties are following the Divide and Rule policy to break the unity of farmers.’

“The three bills are not going to increase the income of farmers. Instead, the government should double the wage for farm labour,” Vijay Jawandhia, founder member of the Shetkari Sangathana and veteran farmers leader from Maharashtra, tells Rediff.com‘s Archana Masih in the concluding part of the interview.

The BJP has said that the farm bills will double the income of farmers. The chief ministers of Himachal Pradesh and Madhya Pradesh have reiterated this promise. Why do you think these promises are incorrect?

The three bills are not going to increase the income of farmers. Instead, the government should double the wage for farm labour.

The daily wage for farm labour was Rs 182 before the Covid pandemic. The government increased it to Rs 200 under MNREGA when it announced its 1.7 lakh crore Covid relief package.

Why did they not double it to Rs 364 and then take out the cost of production based on Rs 364?

Had the government thought of such measures to double the income of farmers, there would not have been such opposition to the bills.

The argument is that the farmers will get a better price from private players in the open market.

The kisan is angry because the government has not included the provision in the bill that no buying will happen below the MSP in the open market.

Economist Ashok Gulati has compared the farm bills to the delicensing of industry in 1991.

The opening of the market brought in new companies selling cars, fridges, ACs, TVs into India.

At the same time, the government formulated its economic policy and brought in the 5th, 6th, 7th Pay Commission that increased salaries of government employees.

Meanwhile, the IT sector saw an increase in salaries which increased the purchasing power of people.

This led to the creation of the parallel economy of providing loans via EMI where consumers could buy fridge, TV, cars etc, on a loan and pay back in monthly instalments.

That is how all these industries saw growth, it was not only because of delicensing, but a variety of supportive measures that powered this growth.

Today if the government increases daily wages to Rs 600, thus increasing the purchasing power of the farm sector, this too will be a success. 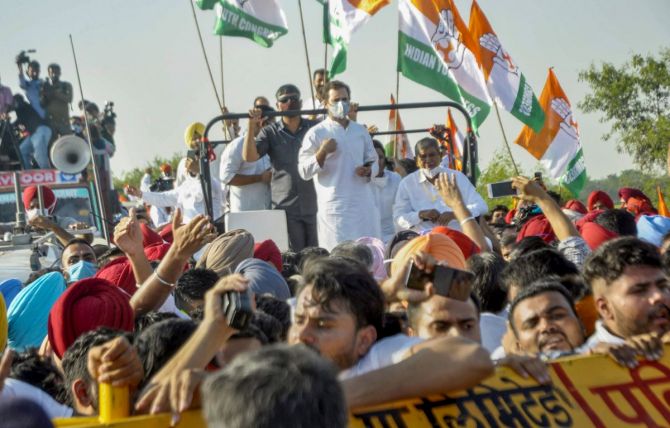 The bills have now been passed, in spite of the opposition. What do you think lies ahead?

The andolan of farmers has put the PM on the backfoot. That is why he is saying that the MSP and market committee will not be discontinued.

The Akali Dal will not go into the Punjab assembly election without opposing these bills. We will see a snowball effect of the agitation.

The fluctuation of price makes the businessman earn money and this fluctuation depends on the policies of the government.

That’s why Chaudhry Charan Singh used to tell farmers to keep an eye on the policies in Delhi along with watching their fields.

But the farmer has the option to come back and sell his produce in the APMC if he gets a price below the MSP in the open market.

MSP has no legal statutory binding — it is just a provision that if you get less than a said price, the government will come and protect you. Only Punjab and Haryana buy on MSP.

There is no physical shop in India where farmers can go and sell produce on MSP. Why doesn’t the government announce that it will have open actual shops for rice, wheat etc in APMC market precinct that will buy the produce from farmers?

Political parties know that they don’t need a farmer to win an election. They are following the Divide and Rule policy to break the unity of farmers.

It is astonishing that Sharad Pawar’s NCP walked out during the vote in the Rajya Sabha.