Over 1,500 cops have been deployed as security for the meeting and seven check points were set up. 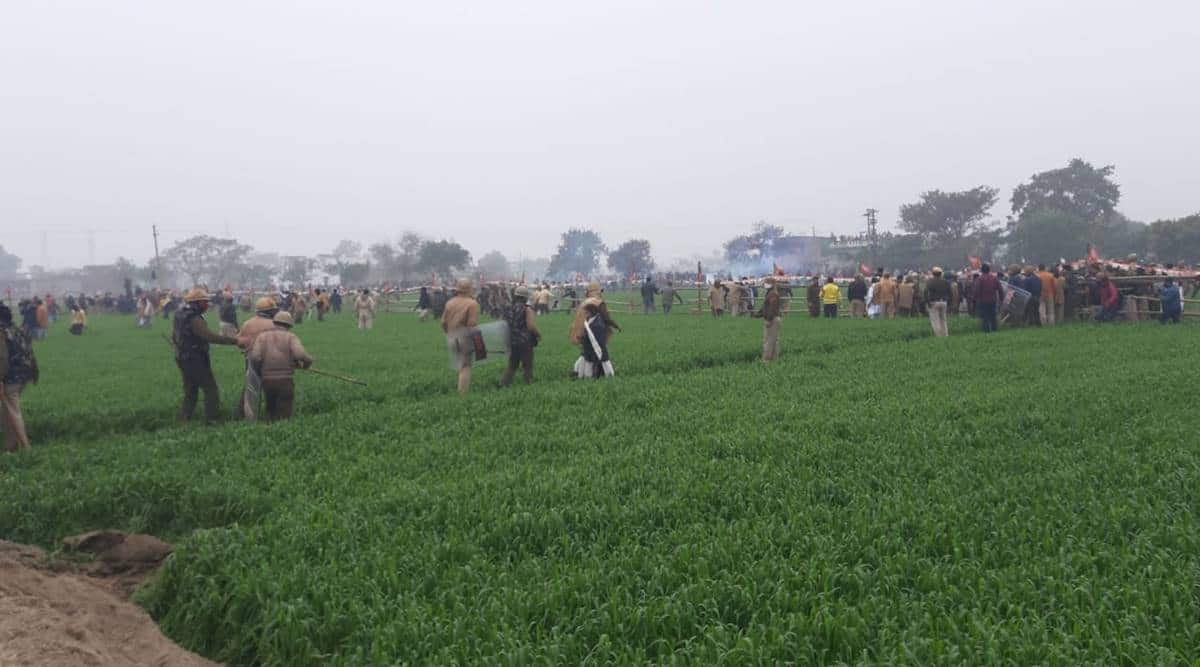 Around 100 farmers marched towards the helipad in Kaimla village, where Khattar was scheduled to land. The Chief Minister was visiting the village to hold a kisan mahapanchayat.

Over 1,500 cops have been deployed as security for the meeting and seven check points were set up. Agitating farmers, however, managed to breach six check posts before clashing wth police. Water canons were also used to push back the protesters. 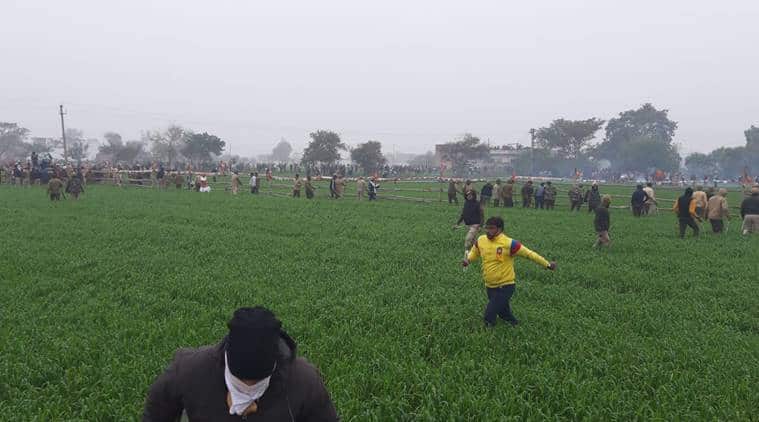 Various senior leaders of BJP and JJP have been facing protests during their public appearances for the last many days. In one of such incident, Khattar’s cavalcade was also obstructed by an agitated mob of farmers in Ambala a few days ago. Earlier, Home minister Anil Vij’s cavalcade had also hit a blockade when the angry farmers shouted anti-government slogans.

Various others including Deputy CM Dushyant Chautala, Agriculture Minister J P Dalal, Education Minister Kanwar Pal and various BJP MPs had been facing such protests outside their residences in their respective constituencies and their public appearances as well.

After Khattar’s cavalcade was obstructed, Ambala’s then SP Rajesh Kalia was shunted out of the district.

Farmers also disrupted BJP’s programme in Barwala, Saturday resulting in immense chaos. Farmers had earlier announced that they would not allow any BJP or JJP leader to hold their scheduled public events across the state unless the three farm legislations are repealed.