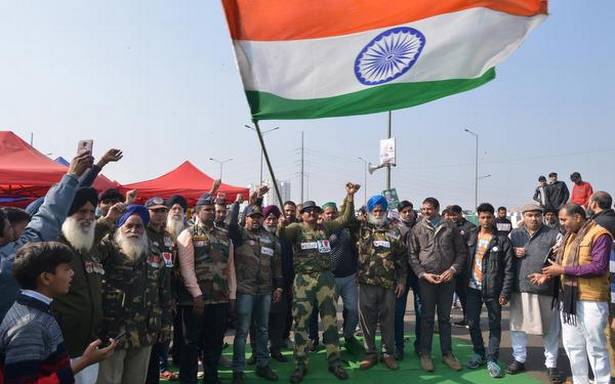 Farmers staging protest at the Singhu Border will express their anger and pain by burning the copies of three farm laws on Lohri at the protest site.

On Sunday, protesters said the death of Amarinder Singh won’t be in vain and they would intensify their movement. Before consuming a poisonous substance at the protest site, Amarinder had told friends that he was forced to take this step because the government had refused to listen to their demands.

“The death of more than 60 farmers during the farmers protest won’t go in vain and they will continue to fight for their rights. The government is testing the patience of farmers by organising meetings that never bring any result,” said Jas Kiran, a farmer.

Sukhvinder Singh, who walked up to the farmers’ protest site from his native village in Ludhiana, said that after going through reports on social media he took leave from his office and planned to join the protest. “During my three days’ journey, I met a lot of farmers and their families who were working in the fields and all of them want these farm laws rolled back. It feels good that a lot of people who are not farmers have also come here in support,” said Mr. Singh.

Speakers on the stage, before starting their address, observed two-minute silence for the farmers who died during the protest. Cries of ‘Sadda Haq, Aithe Rakh’ and ‘Jo Bole So Nihal’ echoed at the protest site. A request was made from the stage to all speakers and protesters to be restrained in the words they use in public platform.

“Attempts have been made to defame the protest through references like Khalistani or terrorist, but the government failed miserably. We will hold a parade at Rajpath on January 26. The New Year will surely bring new hope for farmers and the draconian laws will be repealed. We request everyone to come and join the protest and contribute two days of your life for the farmers,” said Lakhwinder Pal, a farmer.