Automotive (auto) and consumer appliance companies are hoping for a bounty from the harvest season after two consecutive dry spells in 2020 and 2021. 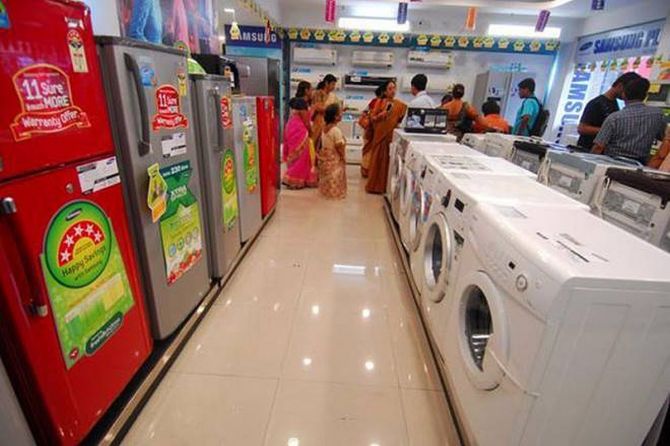 The season, which also marks the beginning of the regional New Year, kicked in across the country from April 1 — Gudi Padwa in Maharashtra; Ugadi in Karnataka, Telangana, and Andhra Pradesh; Bihu in the Northeast; and Chaitra Navratri in the North.

Manufacturers and reta­ilers of cars, two-wheelers, and consumer appliances said they have seen demand pick up year-on-year (YoY) at a bri­sk pace across categories.

The demand for air conditi­on­ers, refrigerators, and other con­sumer durables is expe­cted to surpass pre-Covid lev­els and advance at 20-25 per cent.

Having been in negative territory from November until February, sales of summer products started to witness an uptick, said Nandi.

Nilesh Gupta, managing director at Vijay Sales, a retailer of consumer appliances and electronics, said that in addition to the demand for summer appliances which had seen an uptick in the recent past, demand for other categories has been spruced up by Gudi Padwa.

“In the past few days, we saw demand for summer appliances, but during Gudi Padwa sales, demand has been coming in for appliances as well mobiles and laptops,” said Gupta.

Vijay Sales has witnessed demand to be 15-20 per cent higher than 2019 Gudi Padwa sales across categories.

The same optimism and enthusiasm is not seen at auto firms.

While supply-side issues, including semiconductor shortage, continue to plague passenger vehicle makers, a prolonged slowdown in demand has kept two-wheelers in the slow lane for almost three years now.

Shashank Srivastava, executive director–sales and marketing at car market leader, Maruti Suzuki India, said he expects deliveries to be higher this season by around 8-9 per cent, compared with 2019. But for semiconductor shortage, they could have been higher.

A relatively low stock level at the sales channels of passenger vehicles makes it non-comparable with the previous years.

Meanwhile, retailers of two-wheelers said they expect the harvest season to claw back demand, but the momentum won’t last beyond this month.

“But this is much lower than the pre-Covid levels,” said an Uttar Pradesh-based dealer of Hero MotoCorp.

First-time buyers, who earlier embraced entry-level motorcycles, are missing from the market as they have been hit the hardest by incessant price hikes.

Prices of motorcycles and scooters have gone up by 35-40 per cent in the past three years, he said.

“The harvest and the upcoming season will offer only temporary relief.

“The sales will remain under pressure for another two to three quarters.”

Those at the bottom of the economic pyramid haven’t been able to recover from Covid-induced anguish, he added.