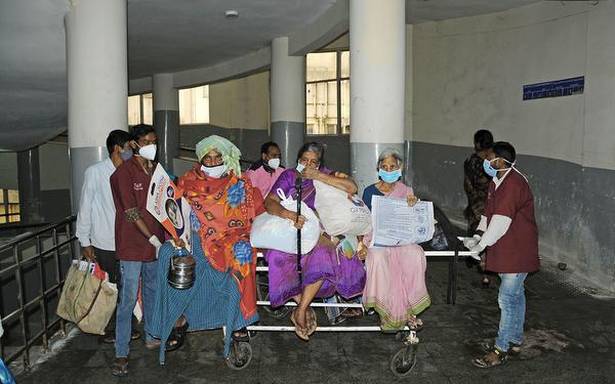 Originated in electrical box on ground floor; none injured

A fire occurred at Gandhi Hospital, Secunderabad, on Wednesday morning. No one suffered injuries. Patients were shifted to another block on the hospital campus as power supply ceased to the main block where the fire accident was reported.

Superintendent of the tertiary care hospital, M. Raja Rao said that the fire originated in an electrical box on the ground floor which spread vertically up along the electrical cables in first, second and third floors. Fire-fighters along with the vehicles reached in a span of 15-20 minutes and controlled the fire. The hospital staff too were involved in controlling the fire.

“There is no power supply to the North block and it may take time to restore it. We have shifted patients from there to South block. No patient in the North block was on life support. All are elective cases. There is no interruption or inconvenience to their treatment,” said Dr Raja Rao.

Director of Medical Education K. Ramesh Reddy visited the hospital. The superintendent said on Wednesday evening that power was temporarily restored to cellar, fourth to eight floors, and it would be restored to the remaining floors on Thursday. It would take two to three days to replace the electric cables.