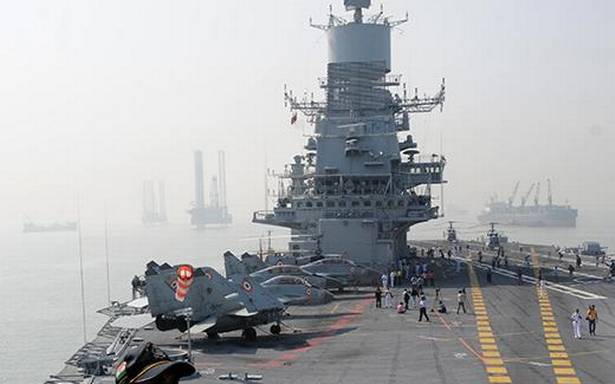 The fire was doused and all personnel on board safe, a Navy spokesperson said.

There was a minor fire on board India’s aircraft carrier INS Vikramaditya on May 8 morning, a Navy spokesperson said.

The fire was doused and all personnel on board safe, the spokesperson said in a statement here.

“The duty staff observed smoke emanating from the part of the warship having accommodation for sailors. The ship’s duty personnel acted promptly to fight the fire. All personnel on board have been accounted for and no major damage has been reported,” the statement said.

An inquiry into the incident is being ordered, he said, adding the aircraft carrier is in Karnataka’s Karwar harbour.

The warship is a modified Kiev-class aircraft carrier purchased by India from Russia in 2013 and was renamed in honour of Vikramaditya, the legendary emperor.

INS Vikramaditya, a floating airfield, has an overall length of 284 metres and a maximum beam of 60 metres, stretching as much as three football fields put together.

Standing about 20 storeys tall from the keel to the highest point, the ship has a total of 22 decks and carries around 1,600 personnel.