Even the defeats in the by-elections in assembly polls did not deter the party and its leadership from continuing its focus in the states, which helped the party to not just retain its strongholds but also expand its base in the states where it has not been a formidable force. 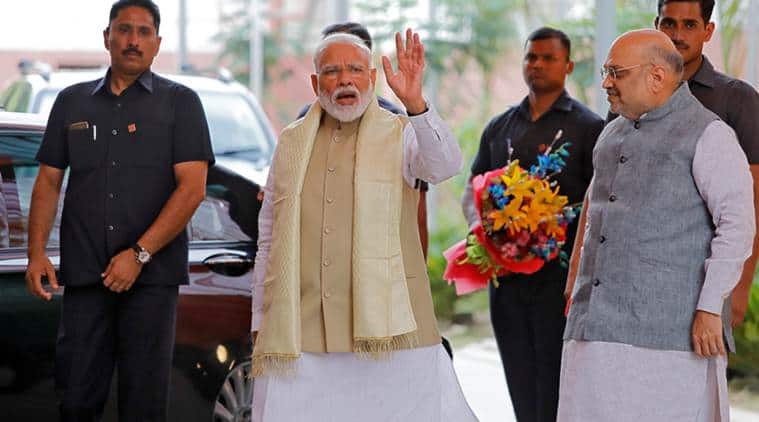 The trends clearly indicate that a bolder Narendra Modi is returning to power at the Centre, winning more seats than its tally in the outgoing Lok Sabha. Five years of hard work by thousands of party volunteers and meticulous planning by the leadership have made it possible for the BJP to notch up this stupendous success. Even the defeats in the by-elections in assembly polls did not deter the party and its leadership from continuing its focus in the states, which helped the party to not just retain its strongholds but also expand its base in the states where it has not been a formidable force.

Five things that the BJP did right

Continued projection of Narendra Modi as a decisive and strong leader in whose hands the country is safe. Post-Pulwama and Balakot, the party kept highlighting national security as a key electoral issue paid its dividend to the BJP.

Keeping in mind the possible losses in the state where it had reached its peak, the party leadership identified around 120 seats as new catchment areas and worked relentlessly there. The party’s move to focus on winning the ground in the eastern states of West Bengal and Odisha as well as the northeastern states have brought it impressive gains.

It did not take off its eyes from its strongholds like Gujarat, Rajasthan and Madhya Pradesh despite facing setbacks in the assembly polls in these states. In Uttar Pradesh, when the SP and the BSP forged an alliance, political observers had predicted the fall of the BJP in a state where it had won 71 in the 2014 polls. Those analyses, however, did not make the BJP leadership lose focus there.

Not giving up its existing allies has also helped the BJP retain its pan-India image. Both its allies, Shiv Sena and JD-U, appear to have fared well

Focus on the organisation – one thing that the BJP leadership never compromised with was its focus on the BJP as an organisation. The party has been at the centre of its activities, even the ministers were not spared from being at the forefront to implement the party’s programmes. BJP chief Amit Shah kept assigning them tasks and the BJP’s lawmakers and legislators were always engaged to reach out the welfare programs of the government. The party has organised multiple programmes to mobilise the beneficiaries of the welfare schemes of the Modi government.