Alapan Bandyopadhyay was with Chief Minister Mamata Banerjee when she decided to skip the Cyclone Yaas meeting in Kalaikunda. 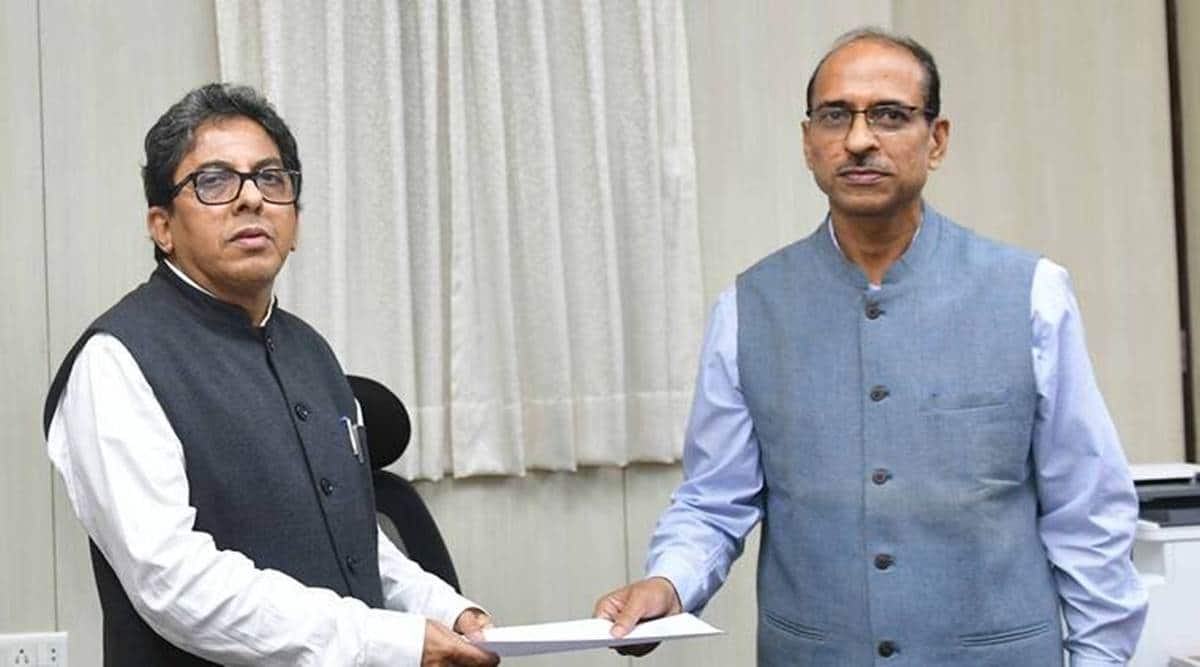 Deepening the row between the Centre and West Bengal, the Ministry of Home Affairs (MHA) has issued a show-cause notice to Alapan Bandyopadhyay, who retired as the state Chief Secretary Monday, for reporting 15 minutes late to Prime Minister Narendra Modi’s cyclone review meeting on May 28.

Bandyopadhyay was with Chief Minister Mamata Banerjee when she decided to skip the Cyclone Yaas meeting in Kalaikunda.

Sources said the notice was issued late Monday under the Disaster Management Act and, if converted to a statutory case, could result in imprisonment extending up to two years. A reply has been sought from Bandyopadhyay within three days.

Late Monday night, the Department of Personnel and Training too served notice on Bandyopadhyay for failing to report to Delhi — the Centre had requisitioned his services on May 28, after the review meeting episode, and just days after approving his tenure extension by three months. The DoPT is the cadre-controlling authority for the IAS.

Bandyopadhyay opted for retirement on May 31, and was named Chief Advisor to the Chief Minister.

The notice drew sharp reactions from the ruling TMC. Party MP Sukhendu Sekhar Roy said: “Show cause notice served upon former Chief Secretary of Bengal is void ab initio inasmuch as no direction was issued to him under Sec.51 (a) or (b) of the Disaster Management Act. As such the question of violation thereof does not arise. Stop such blatant acts of vengeance. This notice is not only illegal but also an act of revenge.”

But BJP’s Suvendu Adhikari, in a Twitter post, said: “I demand strictest action be taken against the outgoing CS for indiscipline, violating service rules at a time of a natural disaster and a global pandemic, irregularities, and not helping others just because of sinister political games. TMC has failed the people of West Bengal.”

“Looting tax payer money is TMC’s favourite hobby. Outgoing CS and now “advisor” to (non-MLA) CM @MamataOfficial will enjoy a comfortable salary of Rs. 2.5 lakhs per month and cushy perks. Surely, there are better ways to spend the hard-earned money of the taxpayers,” Adhikari said.

Warning the BJP leader, TMC’s Tapas Roy said: “He should know first, then should give a statement. Otherwise, we will drag him to court.”

In its notice, the MHA said that on May 28, when the Prime Minister arrived at Kalaikunda Air Force Station for a scheduled review meeting with Chief Minister Banerjee and Bandyopadhyay, they were not there.

“Prime Minister and other members of his entourage waited for nearly 15 minutes for the officers of the State Government to arrive. In view of the absence, Chief Secretary was called by an official as to whether they wanted to participate in the review meeting or not. Thereafter, Chief Secretary, Government of West Bengal, arrived, along with the Chief Minister of West Bengal, inside the meeting room and left thereafter immediately,” the notice stated.

Through “this act of abstaining himself from the review meeting”, Bandyopadhyay, it stated, had “acted in a manner tantamount to refusing to comply with lawful directions of the Central Government and is thus violative of Section 51 (b) of the Disaster Management Act, 2005.”

He has been asked to reply within three days on why action should not be taken against him under the Act.

This is not the first time that serving officers have been at the centre of a spat between the Central government and West Bengal. The Centre had summoned three IPS officers from the state to Delhi following an attack on a convoy of BJP president JP Nadda in Howrah in December 2020. The officers were responsible for law and order in the region where Nadda’s convoy came under attack. The state did not allow the officers to report to the Centre and the matter has been pending.