On February 12, records show, after a meeting with NRI investor Arminder Singh Sawhney in which they reportedly discussed the project, Sinha wrote to B4U Network CEO Ishan Saksena in connection with Tiger Media, a company linked to B4U. 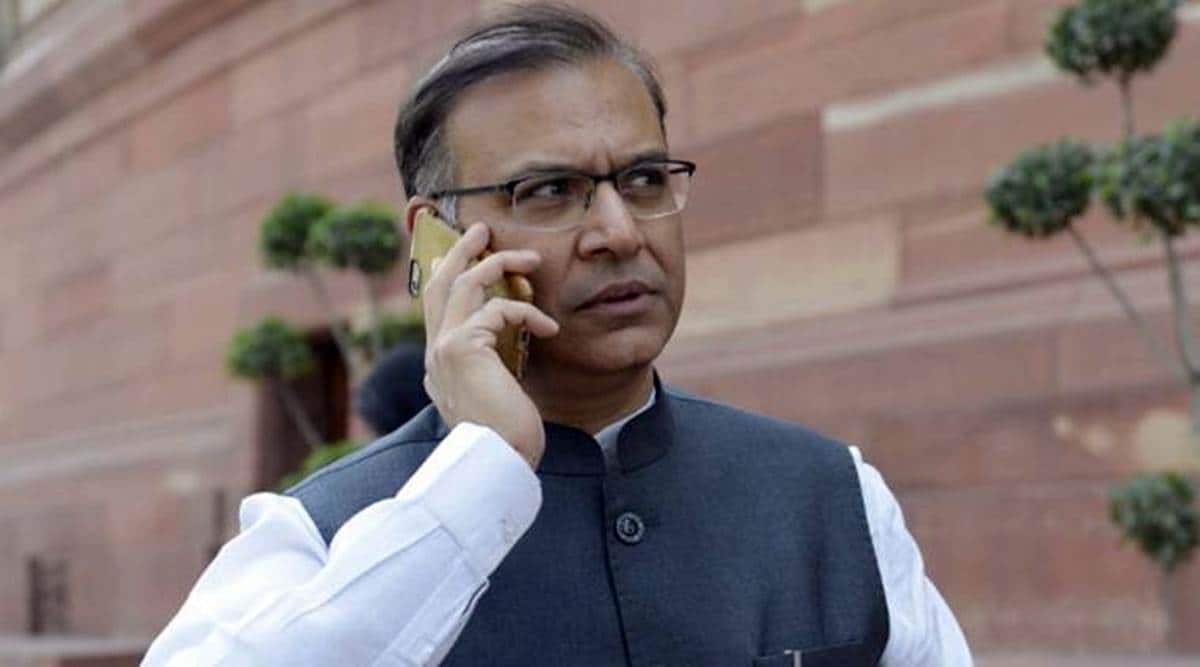 Raising questions of propriety and conflict of interest, BJP MP Jayant Sinha, who is chairperson of the influential Parliamentary Standing Committee for Finance, has offered his services for an unspecified monthly fee to an entertainment company for which he has also offered to help secure “sufficient financing at the right terms”.

On February 12, records show, after a meeting with NRI investor Arminder Singh Sawhney in which they reportedly discussed the project, Sinha wrote to B4U Network CEO Ishan Saksena in connection with Tiger Media, a company linked to B4U.

“I will dedicate significant time to this project,” Sinha wrote. “My goal is to assist Tiger Media in becoming a true champion in the global entertainment industry…My pricing for this project would be Rs XX lakhs per month plus GST. I would bill you at the end of every month.” He told Saksena he could begin work March 1.

The key objectives of the relationship, Sinha wrote, were to establish a strategic plan for Tiger Media to take advantage of the “disruptive trends roiling the global media and entertainment sector,” and secure financing.

Sinha was Minister of State, Finance, from November 2014 to July 2016 when he became MoS Civil Aviation until the end of the first term of the Modi government.

Since September 2019, Sinha, has served as chairperson of the Parliamentary Standing Committee for Finance. With 21 members of Lok Sabha and 10 members of Rajya Sabha, the committee’s job is legislative oversight on policies and decision-making of the ministries of Finance, Corporate Affairs, Statistics and Programme Implementation, besides the Niti Aayog.

It examines Bills introduced by the ministries concerned and as chairperson, Sinha has a say in summoning chiefs of private and public sector banks, and sectoral regulators for deposition.

When asked by The Indian Express about the propriety of such an assignment, Sinha said: “Members of Parliament routinely continue their professions. My profession is that of a management consultant providing strategic inputs through speeches and advisory assignments. To avoid any conflicts, I only accept advisory assignments dealing with strategic issues outside of India. I do not do any work for any firms in the financial sector. I also do not undertake any assignments focused on any type of financial transactions.”

Incidentally, his letter to Saxena mentions that he will help Tiger Media in “securing sufficient financing at the right terms.”

“I have known Arminder Singh Sawhney for more than 25 years. We had initiated preliminary discussions on providing inputs to Tiger Media on its global strategy.No agreement has been finalized and no work has been undertaken so far,” Sinha told The Indian Express. “All my professional work is fully disclosed to the appropriate tax and regulatory authorities. As is standard professional practice, client matters are confidential.”

Responding on behalf of Saksena, a Tiger Media spokesperson told The Indian Express: “Tiger Media is an international group, subject to legal requirements across multiple jurisdictions. Arminder Singh Sawhney is not an investor in Tiger Media or any of our group entities. There is no other relationship between our group and him. For ethical and legal reasons our group does not engage any politically affiliated person for seeking any services anywhere in the world. Hence, there is no question of approaching any politically affiliated person for engagement of any nature.”

Registrar of Companies records show Sawhney’s addresses in Delhi, London and Bangkok. In 2015, he was ranked 31st with a deposit of $3.97 million in the Swiss Leak list of 100 Indians with Swiss bank accounts. Sawhney could not be reached through his Delhi-based accounting firm for comments.

Launched in 1999 in the UK and in 2003 in India, B4U claims to be the foremost Asian network to pioneer Bollywood and Indian entertainment worldwide. Since then, the brand has diversified “across multiple platforms, including TV, cinema, press, new media and digital”. Today, the network is available in more than 100 countries with a viewership of over 200 million.