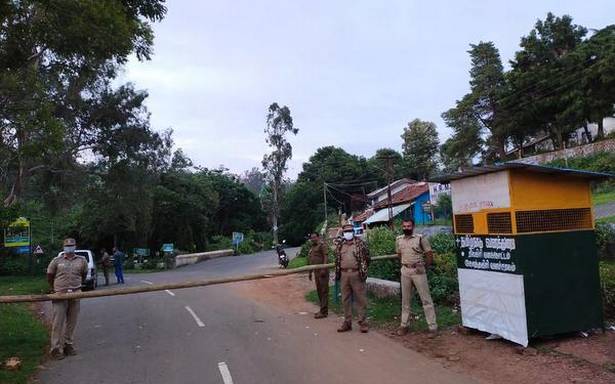 Following reports of incidents of illegal tree-felling in Kil Kotagiri, the Forest Department has set up a manned check-post to keep tabs on the movement of freight vehicles carrying timber from the area.

After multiple complaints were received by top officials that trees were being illegally cut down in Karikiyoor, Denad and adjoining areas in Kil Kotagiri, officials launched an inquiry into the allegations.

Local activists had been alleging that trees from patta lands and adjoining forests were being cut down by residents approaching the Revenue Department and citing the presence of “dangerous trees” on their lands. They said that this loophole was being exploited to illegally cut down the trees in Kil Kotagiri, and endangering native biodiversity.

Also Read: Loophole being exploited to illegally cut down trees in Kil Kotagiri

Following an inspection to the area by top Forest Department officials, it was decided that a manned forest check-post will be set up leading to Kil Kotagiri. The check-post was set up on Wednesday evening.

When contacted, District Forest Officer (Nilgiris division), Guruswamy Dabbala, said that Kil Kotagiri had many vestiges of old-growth native forests and Scheduled Timber. “To protect the biodiversity in the area, and check the movement of vehicles carrying any timber and also to crackdown on wildlife crime, the check-post has been set up,” said Mr. Dabbala.

The checkp-ost will be manned by Forest Department staff, with the location chosen being located at an important junction that leads to some of the most pristine, bio-diverse areas in the lower Nilgiri slopes.