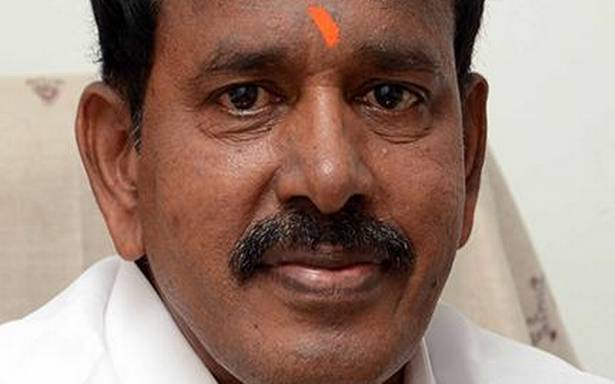 He was expelled before election

Former AIADMK Minister Thoppu N.D. Venkatachalam, who was expelled from the party before the Assembly election, said on Saturday that he would join the ruling DMK, in the presence of Chief Minister M.K. Stalin, in Chennai on Sunday.

Mr. Venkatachalam, a former MLA from Perundurai, told The Hindu here that 300 workers would also join the DMK, along with him. He said it was a hard decision to quit the AIADMK, for which he had worked hard.

He was elected to the Assembly from Perundurai in 2011 and 2016 and served as the Minister for Environment and Revenue in the Jayalalithaa government. Since he was denied nomination in the last Assembly election, he entered the fray as an Independent. Then the AIADMK expelled him.