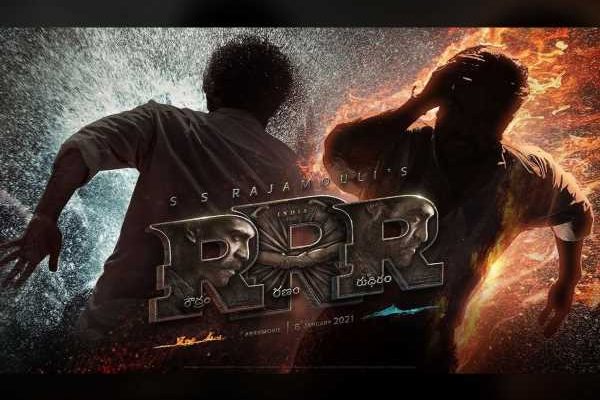 As the release date is nearing, fans are madly waiting to witness SS Rajamouli’ directorial venture RRR starring Young Tiger Jr NTR and Ram Charan. Interestingly, the makers of RRR have locked the run time at close to 3 hours. Going by the unprecedented craze,  RRR is expected to shatter existing box-office records.  The traders are expecting that  Jr NTR and Ram Charan starrer is very likely to be the first Indian film to rake in Rs 1000 crore at the box office.

Meanwhile, Rajamouli is busy locking the final copy of the film.  The sources close to the team of RRR revealed that the makers have locked 3 hours 7 minutes runtime for now.  But Rajamouli can make changes to the runtime.

RRR, which is being bankrolled by DVV Danayya, is scheduled for release on 7th January, 2022 and after the teaser, the filmmakers are all set to hold a grand pre-release event for the film in Dubai, says a source. The film  RRR which also has Alia Bahtt, Ajay DEvgn, Shriya Saran and others will also be promoted in Hyderabad, Visakhapatnam, Chennai, Bengaluru, Mumbai and Kochi from December.

Tomorrow the makers of RRR are going to release RRR Soul anthem Janani.