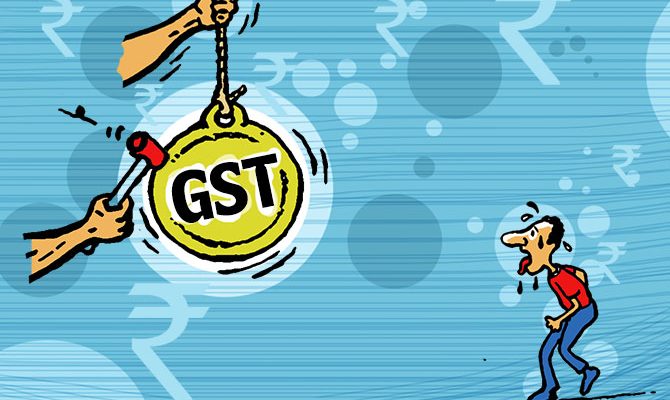 Come January and the government is empowered to send its recovery officials to your premises to collect GST without notice, if your tax liability shown in the requisite form is less than what invoices, mentioned in the outward supply form, should draw. The relevant provision in the Finance Act, 2021, will come into effect from January 1, 2022, according to a gazette notification issued on Tuesday.

Under the GST system, there are two kinds of returns that a company is required to file monthly if its turnover is over Rs 5 crore annually.

These are form GSTR-1 and GSTR-3B.

The former is a return that shows invoices of its sales and the latter is for declaring summary GST liabilities.

Those with an annual turnover of up to Rs 5 crore can file quarterly returns, if they choose so.

Now, if someone has reported invoices of Rs 1 crore in GSTR-1 but showed taxes on only Rs 1 lakh of sales in GSTR-3B, the government from January onwards will be empowered to send officials to his/her business premises to recover GST on Rs 99 lakh of sales.

In this case, the government is not required to give notice.

“The government will merely say your liability existed and you never paid the taxes.

“‘We can directly ask you to pay taxes with interest and penalty. Because these GST forms are self-assessment only,’ the government may very well say after this notification comes into force,” according to Mohan.

The Finance Act also levied GST on clubs on the money collected from members, if the sum is not used for charitable purposes.

This would also come into force in the new year.

Mohan said there are a plethora of rulings from different authorities for advance rulings (AARs) on whether GST should be levied or not on money collected by clubs. The notification would also debar the buyer to get an input tax credit for transactions, if the seller does not mention them in his/her form GSTR-1 from the new year.