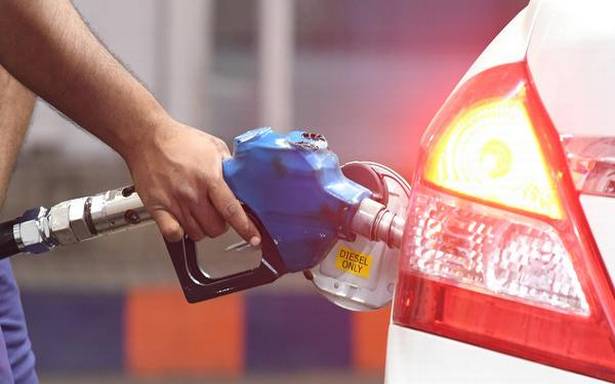 The accused was found to be using electronic chips to manipulate the discharge of fuel in a manner that less fuel was dispensed than what was shown on the display and receipt.

An assistant manager of TSRTC-run petrol pump, Hakimpet, Vandyala Vamshidhar Reddy (30), was among eight persons arrested by the Cyberabad police on Thursday for tampering with fuel-dispensing machines at various petrol stations in Telangana, Andhra Pradesh and Karnataka.

Reddy along with other accused was found to be using electronic chips to manipulate the discharge of fuel in a manner that less fuel was dispensed than what was shown on the display and receipt. “They were causing loss running to crores of rupees to consumers by delivering less fuel,” Deputy Commissioner of Police (Balanagar zone) P.V. Padmaja said.

The Special Operations Team of Balanagr Zone led by DCP G. Sandeep got inputs information about the installation of chips (I.Cs), which were programmed with manipulated software in petrol stations with the connivance of the station management and causing heavy loss to the customers. Apart from Hyderabad and surrounding areas, the gang had manipulated the pumps in Kamareddy, Khammam, Wanaparthy, Suryapet, Siddipet, and other districts in Telangana.

The other arrested persons are MD Faizul Bari (46), a mechanic from Jagathgirigutta, Kurade Sandeep (38) from Alwal, MD Aslam (29) from Chandrayangutta, Kalimera Narsinga Rao from Bhongir and petrol station owners/managers, Rangu Ramesh (39), manager of IOC Hari Hara Bunk, Pudur, Beeravelli Maheshwar Rao (49), a supervisor at GMR filling station, Mailardevpally and Nagandla Venkatesh (28), owner of two bunks at Jedimetla and Shamshabad. They seized several incriminating materials from the possession of the accused.

According to Ms.Padmaja, the first four accused worked as petrol bunk pump mechanics for a long time at various bunks and got themselves familiar with the machines.

“Soon they became expert in the installation of manipulated chips in fuel-dispensing machines which delivers less petrol than the actual display and purchased the manipulated software from Jayesh of Surat in Gujarat and started programming the chips,” she said.

The accused Narsinga Rao copied the same chip at Kolanpaka petrol bunk and continued to install the same in different petrol pumps in Telangana, Andhra Pradesh State and charged anywhere between ₹1 lakh to ₹2 lakh for each programmed chip from the owners/operators.