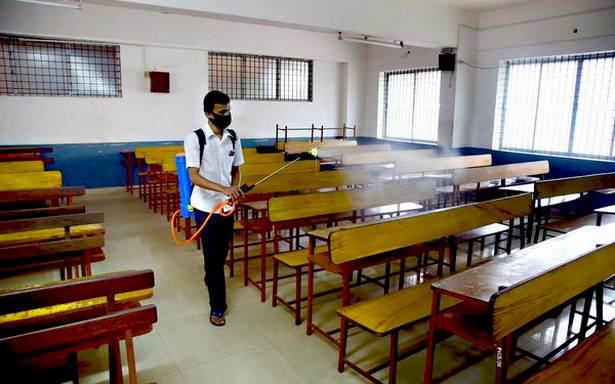 All schools in Udupi district will hold physical classes for students of VI to X the whole day from Monday. It is as per the directions of the State government.

The Dakshina Kannada district administration is likely to take a decision in this regard on Monday.

Udupi Deputy Director of Public Instruction (DDPI) N.H. Nagur said schools have been permitted to hold classes for VI to X between 10 a.m. and 4.30 p.m.

Parents have been told to send tiffin boxes with them. “We are complying with wearing of masks and guidelines prescribed by the State government to run schools the whole day,” he said.

“We will be holding a meeting with Deputy Commissioner K.V. Rajendra on Monday and take a decision on the issue,” he said.

The schools presently continue to hold offline classes between 10 a.m. and 1.30 p.m. “The number of students are attending offline classes has been gradually increasing since September 17 and a very few are opting for online classes,” he said.

The teachers have also asked the State government to start mid-day meals, he said.