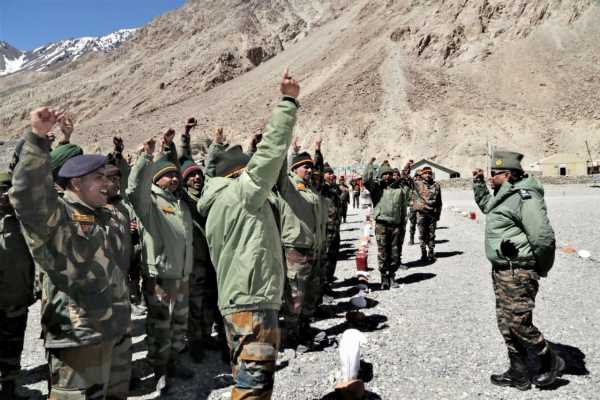 ‘It is because of the bravery of Colonel Santosh Babu and his men that we have not seen a violent escalation anywhere else along the LAC.’

“Galwan was not planned as a one-off attack by China, but the strong Indian response ensured that China did not try any other Galwan-like adventure in any other section of LAC,” says Lieutenant General Vinod Bhatia, PVSM, AVSM, SM (retd).

Two years ago, on the night of June 15/16, 20 Indian soldiers sacrificed their lives in a deadly clash with Chinese troops in the Galwan Valley. Around 38 PLA troops were presumed killed, though China maintained that it only lost four soldiers.

“If you are not prepared or ready for war, you will invite war, Therefore, through operational preparedness and war readiness, we are deterring China’s excessive behaviour along the LAC,” General Bhatia — a former Director General Military Operations — tells Rediff.com‘s Archana Masih.

It is two years today since the Galwan clash. What bearing has that encounter had on the India-China standoff in Ladakh that has entered its third year now?

My thoughts are with Colonel Santosh Babu and the 20 men who sacrificed their lives in the Galwan face-off when their patrol was attacked by PLA soldiers.

It is because of their act that we have not seen a violent escalation anywhere else along the LAC. Their effective retaliation raised the cost for the People’s Liberation Army.

The PLA used medieval weapons in that attack. Similar weapons must have been provided to other PLA units along the LAC.

The fact that PLA suffered heavy casualties must have deterred them from carrying out similar attacks or escalating the tension at other places.

Galwan was not planned as a one-off attack by China, but the strong Indian response ensured that China did not try any other Galwan-like adventure in any other section of LAC.

After 15 rounds of military talks, the Chinese have not withdrawn from Depsang, Demchok and Hot Springs.

They are likely to stay there till there is a resolution at the political, military and diplomatic level.

China is increasing infrastructure; it has constructed a second bridge in Pangong Tso which will give them a tactical advantage for mobility on either side of Pangong Tso.

This is an indicator of their strategic intent of staying on and mitigating any risk, for example, the occupation of Kailash Range by the Indian Army.

They are building infrastructure so that we don’t surprise them again and again.

In your opinion, how has the thinking of the Indian soldier deployed along LAC changed after that face-off?

It has brought about the much needed strategic rebalancing. The mindset of the soldier has moved from the Line of Control with Pakistan to the Line of Actual Control. Prior to Galwan, our thought process was Pak-centric, today it is China-centric.

I do not agree when observers say that the LAC has become as volatile like the LoC.

The LoC is live and can go live anytime. It has different dynamics of infiltration and cross border fire. Meanwhile, the LAC requires border defence management and ensuring our territorial integrity along the LAC.

A soldier serves on the LAC with a lot of pride.

The thinking of soldier has changed in terms of increased capability in high altitude warfare, better equipment, better technologies, arms, ISR (Intelligence, Surveillance, Reconnaissance) capability etc. They know that they can not only match the PLA, but get the better of them after Galwan.

Hence, our soldiers are more confident about taking on the PLA. They are stronger and better accustomed.

They have seen the PLA’s weaknesses and their strength.

We have also given great impetus to infrastructure development.

All this has also led to the integration of people living along the LAC. They have better access to education, health, roads and tourism has received a boost. Many Indians are visiting Ladakh and Pangong Tso. 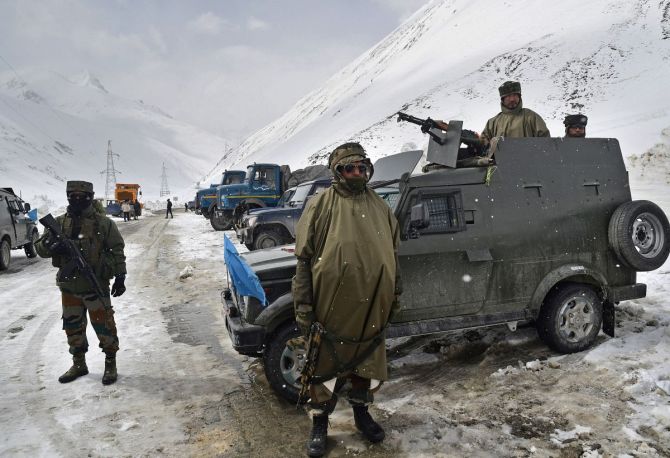 After the PLA attack by unconventional methods like spiked rods, chains, knuckle dusters etc, how do you believe Indian Army units are prepared to counter such medieval attacks, should they happen again?

The army is prepared for the complete spectrum of warfare. China has not abided by the peace and tranquillity agreements between India and China in letter and spirit. The 1996 agreement prevents the use of firearms and that is why PLA resorted to medieval warfare.

Our soldiers also understand that the Chinese may not use fire arms and hence are prepared for all contingencies — from the lowest end which is pushing and shoving, to hand to hand combat like in Galwan, and we are also prepared for a conflict situation.

It is through preparation and operational readiness for war that we ensure peace. If you are not prepared or ready for war, you will invite war.

Therefore, through operational preparedness and war readiness, we are deterring China’s excessive behaviour along the LAC.

What message and leadership has the senior military brass provided to officers and men posted on the LAC after the Galwan face-off?

A lot of improvement has been done in forward deployment and the leadership visits them more often than they did earlier.

Earlier the focus was on the west — J&K, and North East, but now it is along the LAC — eastern Ladakh, Sikkim, Arunachal Pradesh or the Central sector.

A visit by the chief and senior officers is morale boosting for the men. It also gives the senior commanders an opportunity to do an on-ground assessment of our capabilities and what needs to be done ahead. 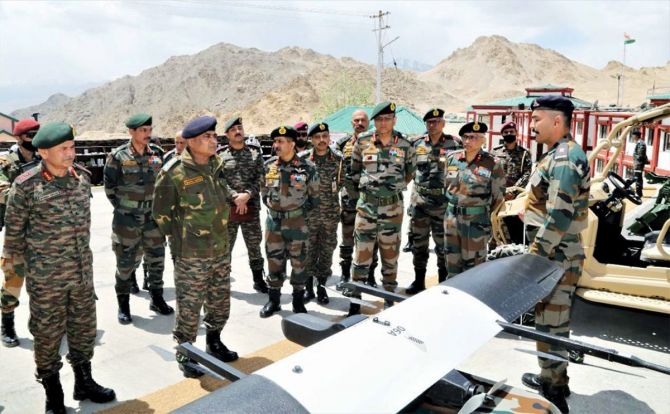 The US recently said China has hardened its position along the LAC and is building infrastructure that is ‘alarming’. What limitations does India face vis a vis the infrastructure on the other side?

India already knows what the US stated.

Our infrastructure has received a massive push in the last two years, especially in terms of roads and tunnels.

There are some restrictions on our side because we have fractured terrain sections along the LAC — eastern Ladakh is fractured from the central section; Sikkim from Arunachal Pradesh and Arunachal itself has five valleys.

The advantage that we have is that our bases are closer. Meanwhile, the PLA have to come from the mainland which is 2,000 km away. That is why they need that infrastructure for faster mobility.

India is matching them in capability. We may not be as good as them in infrastructure development, but we are matching them.