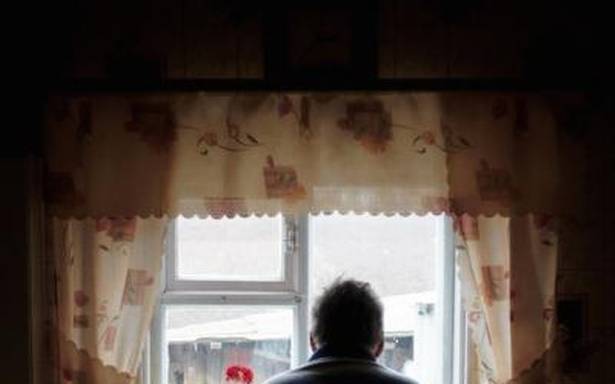 Through a programme involving young volunteer-residents from every apartment block

‘Good morning’ and similarly unimaginative off-the-rack two-word and one-word online salutations have received a step-up, being hailed as life-savers in a big gated community in Padur.

Mantri Synergy Owners’ Association (MASOWN) encourages small buddy-groups, where one young resident “adopts” one or two seniors who are out on their own.

This clutch of residents is closeted together in a WhatsApp group that abounds in monosyllabic conversations. Sample this: A ‘Hi’ replied with an abrupt ‘Yes’. On a chattier note, a “How are you?” eliciting a “Fine”.

A recent accident involving a senior and a couple of similar incidents earlier have led the Association to launch an initiative that identifies resident-volunteers as helper-friends for home-alone seniors, explains Soman Panicker, secretary, MASOWN.

“A month ago, a senior living alone had a fall in the bathroom, breaking her hip and a hand. It was with difficulty she managed to find help,” elaborates Panicker. (Read box “A harrowing experience”). “Following this incident, a senior citizen asked me if it would be possible to form an SOS group.”

ALSO READ: A harrowing experience and an eye-opener

These small buddy groups are offshoots of a master online-offline group that throws seniors and their benefactors together.

First of all, a “census” of senior citizens was undertaken.

“When I tried to get some volunteers, the response was spontaneous. Twenty-five volunteers came forward to join the initiative,” begins Soman, adding that around 30 senior citizens joined, tacitly expressing their need for help.

“So, we formed a WhatsApp group. As the next step, we started the adoption process. Volunteers in every block would identify home-alone seniors. There are nine blocks. These volunteers are expected to take care of seniors in their block, and then others. In the small groups, one volunteer takes care of one or two seniors, staying constantly in touch, checking on their well-being continually.”

The initiative has reached the tail-end of a critical process: Getting to know the seniors better.

“Now, we are in the process of collecting data, including the seniors’ medical conditions and information about their relatives — their contact details, and so on. That data bank will be with the Association, and one copy will be pasted on the fridge or in a prominent place in that individual’s flat. In an emergency, this data would prove invaluable. Around 80 p.c. of this process has been completed,” the secretary says.

While medical emergencies may readily come to mind, this initiative also covers the workaday irritants of life, which can prove more debilitating when coupled with advanced age.

So, the volunteers are expected to source medicine or groceries, or help the seniors draw money from the bank.

On Old Mahabalipuram Main Road, young residents go where projects lead them. Even in the normal course, many youngsters may regularly travel to their hometown. Wouldn’t that disrupt the smooth functioning of this initiative? Says Soman, “The system is being designed in such a manner that for every dedicated volunteer, there is another on standby.”