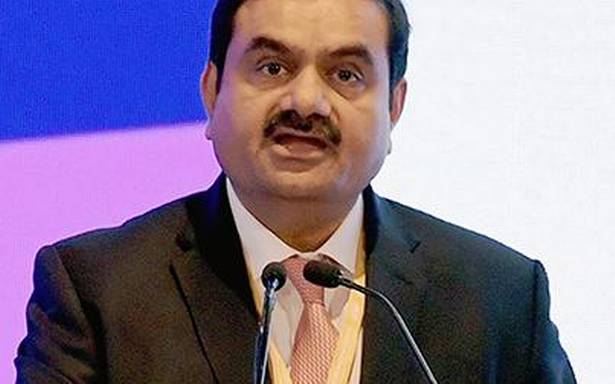 Amid talk of his infrastructure conglomerate venturing into the media space, billionaire Gautam Adani on Tuesday said media coverage cannot be biased under the garb of press freedom and criticism should not be at the cost of national dignity.

Addressing the JP Morgan India Investor Summit, the head of the port-to-energy Adani Group defended India’s handling of the COVID-19 pandemic, saying in a rush to lay blame and find fault, it was ignored how well a nation with people more than Europe, North America and Oceania handled the crisis.

"Perhaps we could have done some things better and, of course, every life lost is a tragedy. But the sheer size of our population arguably makes the challenge posed by COVID in India greater than in any other major nation," he said.

Stating he wasn’t implying that there cannot be any criticism, he said in democracy accountability has to be fixed.

"But in the rush to lay blame and find fault, it is possible that we failed to acknowledge another, more positive side to the story of how we handled and continue to handle the COVID crisis," he said, adding "criticism cannot be at the cost of national dignity. It cannot be at the cost of degrading a nation." Mr. Adani, who a couple of days back hired a senior journalist to head his group’s media venture, said media coverage cannot be biased under the garb of press freedom.

"There is always another side of the story which unfortunately was not told," he said.

The appointment has triggered speculations of the Adani group’s possible launch of a TV and digital media venture.

The Group has so far not commented on the speculations.

At the JP Morgan Summit, Mr. Adani said India has more people than Europe, North America, and Oceania put together, which also means that India’s vaccination effort is larger than the combined efforts of 87 other countries.

"For comparison, while the daily vaccination count in the US is currently around 800,000, India is vaccinating 12 times that number or around 10 million people every day.

"Even if the United States and other countries have completely vaccinated a greater percentage of the population, the pace at which India has accelerated its vaccination programme, despite all the hurdles, is unmatched," he said.

India, he said, has suffered some of the most drastic consequences of COVID.

"Whatever our views, we can all agree that India had nothing to do with the virus, yet has suffered some of its most drastic consequences," he said, adding the pace at which the country has accelerated its vaccination programme, despite all the hurdles, is unmatched.