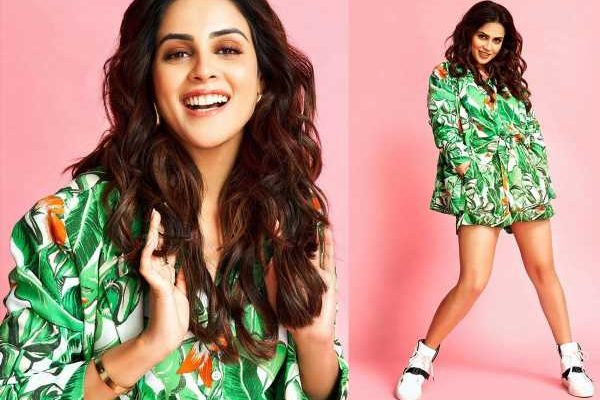 Tollywood’s cute and naughty actress Genelia D’Souza was last seen in the movie Naa Ishtam which was released in 2012. So, it has been a decade since she appeared in Telugu movies. Now, she is again going to set her foot into the Telugu Film Industry with a Kannada-Telugu bilingual film.

Moreover, this film will mark the debut of Kireeti, who is the son of former Karnataka minister and well known industrialist Gali Janardhan Reddy. When it comes to Genelia, she is allotted to perform the role of the Chief Executive Officer of a software entity. While Kireeti will be romancing recent Pelli SandaD movie fame Sree Leela.

Senior Kannada actor Ravichandra will also be a part of the movie. The film is going to be directed by Radha Krishna and will be funded by Sai Korrapati under the banner of Vaaraahi Chalana Chitram. Musical tunes will be handled by Devi Sri Prasad and KK Senthil Kumar will perform cinematography. Peter Hein is all set to sustain as a stunt coordinator.