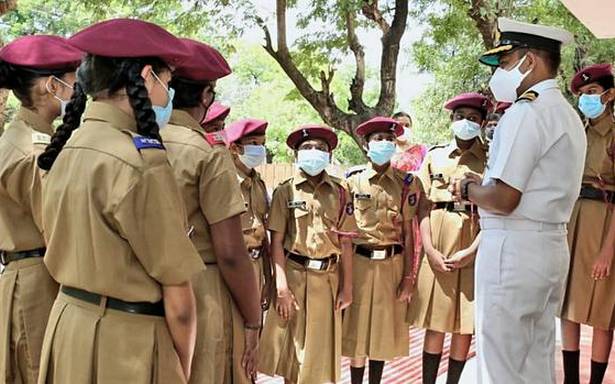 In a first, 10 girl cadets have been enrolled as boarders in Class VI in Sainik School Amaravathinagar for the academic year 2021-22.

The first batch of the girl cadets visited the school located near Udumalpet in Tiruppur district on Thursday, a release said.

The girl cadets were chosen based on their performance in the All India Sainik Schools Entrance Examination conducted earlier this year. Sainik School Amaravathinagar commenced online classes for these cadets enrolled in Class VI on September 21.

On Thursday, the cadets visited the school along with their parents and underwent the orientation and the mandatory document verification, the release said. They also interacted with principal Captain K. Nirmal Raghu.

With these girl cadets being enrolled as boarders, the school inaugurated a separate hostel called Rani Velu Nachiyar girls’ hostel. A portrait of Velu Nachiyar, the woman freedom fighter, was unveiled at the school on Thursday.

Decision on physical classes for the girl cadets is yet to be taken.