The last of the migrants to leave the shelter in May were 15 people from Bihar, on a truck. Among them was Sandeep, with the cart and his belongings. 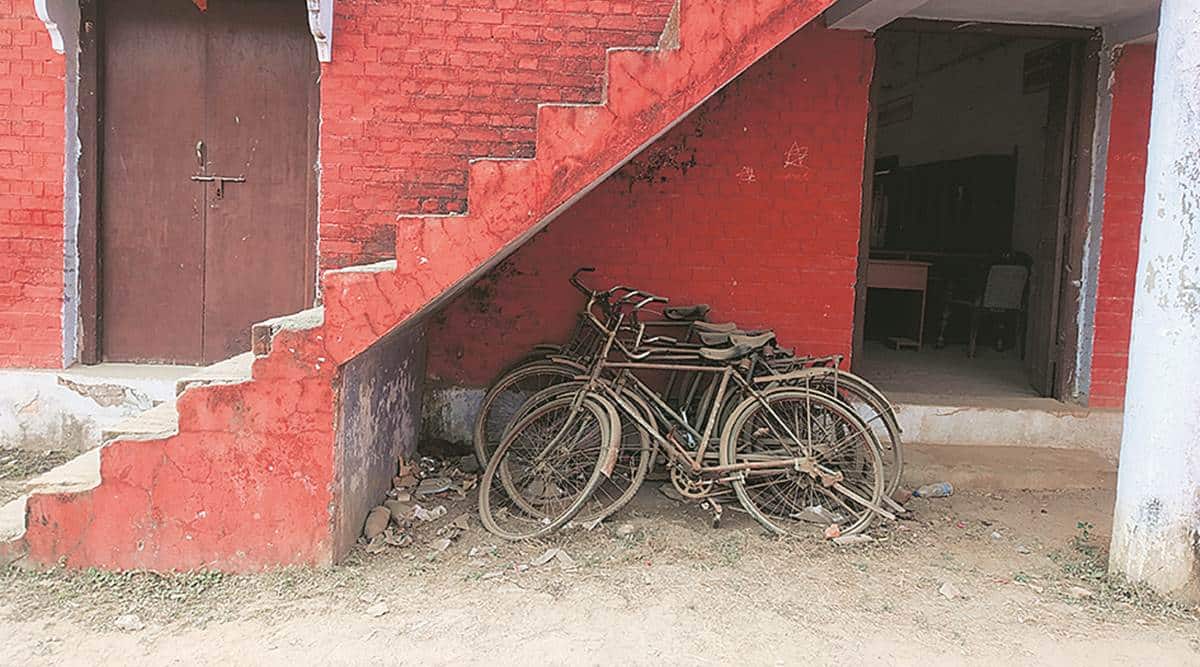 BUSY MAKING tea at the Shaheed-e-Azam Sardar Bhagat Singh Inter College, Gonda, Kamal struggles hard to remember the 1,500 migrant workers headed home who stayed at the premises during the lockdown. I only remember Sandeep,” he says.

Sandeep Yadav, 37, had come to the college on April 11. He was brought by the police after they found him outside during the lockdown, trying to make his way home to Madhubani in Bihar on his cart. By then, he had already come 670 km from Old Delhi’s Chandni Chowk, pedalling for four days. When The Indian Express had met him at the shelter on April 15, the cart still had all the belongings from his Delhi home — a TV, a stove, a red bag with four shirts, three trousers, utensils and two big plastic containers.

On August 30, boarding a bus Sandeep returned, to Chandni Chowk, to his old home . “I left the TV and the stove at home, and also the cart. I only came back with clothes, like I did years ago,” he said.

Life is slowly returning to normal, he says. “Due to new year, I have been getting decent jobs (delivering goods on his cart) for the last three days and making around Rs 700 per day.” Like before, he manages to send Rs 2,000 per week back home, to his wife, son and daughter.

It is Sandeep’s perseverance that made him stand out from the other migrants who stayed at the college from April 3 to May 5, Kamal says, adding Sandeep was a baaghi (rebel). “He kept complaining about why he was not being sent home when he had completed the 14-day quarantine period. He would convince others too to not eat sometimes.”

Amit Kumar Pandey (48), who was the in-charge of the shelter at the time, is back working at his motorcycle service station. One of his strongest memories is of a hunger strike on April 20, lasting two days.

While Pandey can’t recall Sandeep’s role in it, Gonda Tehsildar (Sadar) Paigam Haider too remembers the 37-year-old for his positive attitude. “He would sometimes clean the place, water the plants. He created some trouble, but people liked him,” says Haider.

The last of the migrants to leave the shelter in May were 15 people from Bihar, on a truck. Among them was Sandeep, with the cart and his belongings. The truck dropped him at the Bihar border with his cart, Sandeep recalls. “From there, I pedalled alone for three days to reach home… Even the TV set did not break,” he laughs.

He has another news to share: his daughter Priyanka, 19, has got admission in a college. “If I was educated and with a decent job, what happened to me during the lockdown would not have happened,” he says.

Thankful to his landlord in Delhi for taking him back when he returned, Sandeep says the lockdown made him realise another thing, “how kind individuals can be”.

At the Gonda college, the only remnants of those three months are five dust-covered bicycles parked under a staircase. Tehsildar Haider says, “They have been kept safely. The owners can take them anytime.”