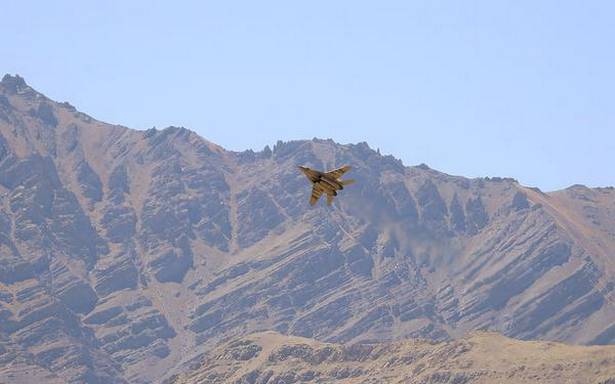 Two years after Article 370 was read down by Parliament, certain sections of people in the newly created Union Territory of Ladakh are back to demanding Statehood and a greater say in development projects as they feel dis-empowered due to bureaucratic overreach.

Ladakh observed a shut down on December 13 to press for four demands — statehood for Ladakh, protection under Sixth Schedule of the Constitution, filling of 12,000 vacancies, allocation of two Lok Sabha seats and one Rajya Sabha seat. The strike was called by two powerful civil society groups — the Apex body for Leh, a group comprising all political parties, and the influential Buddhist Association and the Kargil Democratic Alliance (KDA).

A day later, Ladakh’s only member in Lok Sabha from the BJP Jamyang Tsering Namgyal demanded constitutional safeguards by amending the Ladakh Autonomous Hill District Council (LAHDC) Act that would clarify the role and responsibilities of the Ministry of Home Affairs (MHA), Lieutenant Governor, urban and rural panchayats vis a vis the two councils of Leh and Kargil. He also demanded that land, employment and cultural identity of Ladakh be protected under the Sixth Schedule. The schedule in the Constitution protects tribal populations, providing autonomy to the communities through creation of autonomous development councils which can frame laws on land, public health, agriculture etc. As of now 10 autonomous councils exist in Assam, Meghalaya, Tripura and Mizoram.

Cherring Dorjay Lakruk, a senior representative of the Leh Apex Body says that it is true that they supported the government’s bifurcation move in 2019 to carve out the UT of Ladakh from Jammu and Kashmir, but it was also a reality that they got some protection through Article 35A, that was also read down.

“We were against Article 370 because the attitude of Kashhmiri bureaucrats was not good to us, but it is also a reality that we got some protection through Article 35 A, In its absence, we now feel vulnerable,” Mr. Lakruk told The Hindu.

A former president of the BJP unit in Ladakh, Mr. Lakruk said that in the past two years no government recruitment had taken place even though several persons have retired and the administration had claimed there were more than 20,000 vacancies.

“We are not saying that we will shut Ladakh for investments but we should get a say in it, which area will be developed and for which purpose? When they talk about mega solar power projects, thousands of acres of land are required, and its not like the land is lying unused — it sustains wildlife, medicinal herbs grow there, nomads keep migrating. [But] people from outside think that the land is of no use,” he said.

He alleged that the decisions in the Leh council are dictated by bureaucrats. The 26-member Leh council has a majority members from the BJP.

“State land is vested in the council, but we have come to know that UT administration is allotting lands bypassing the council. For example for solar projects, outsiders are coming and surveying the area. Till now we have protected the Pangong lake, we only allowed tented accommodations, now people from outside will build five star hotels around the lake and destroy the environment; we do not want haphazard development,” he said.

“Ladakh does not have a very large population and owing to its border with China has strategic importance. The council that is elected by the people is empowered to take decisions in matters relating to land. The demand for UT dates back to 2002-03, enough safeguards have been provided to the locals,” said the official.

Sajjad Kargili, a member of KDA said that in absence of a democratically elected government in Ladakh, people are getting disempowered.

“We will intensify the protests if our demands are not met. KDA includes different political and religious organisations. We will then go to public at village level and present our agenda, sensitise the people, we will organise rallies…Except BJP, everyone is associated with the movement. For unknown reasons government is silent, they have not initiated any dialogue process,” Mr. Kargili said.

This is the first time after August 2019, when civil society groups from Kargil and Leh have come together to protest. While the Buddhist-dominated Leh celebrated the revocation of the special status of J&K, the Muslim majority Kargil had opposed the move.

Mr. Lakruk said a consensus was reached after members of the KDA climbed down on their demands for full statehood with J&K. “Otherwise we would not have been able to sit with them on the same table,” he said.