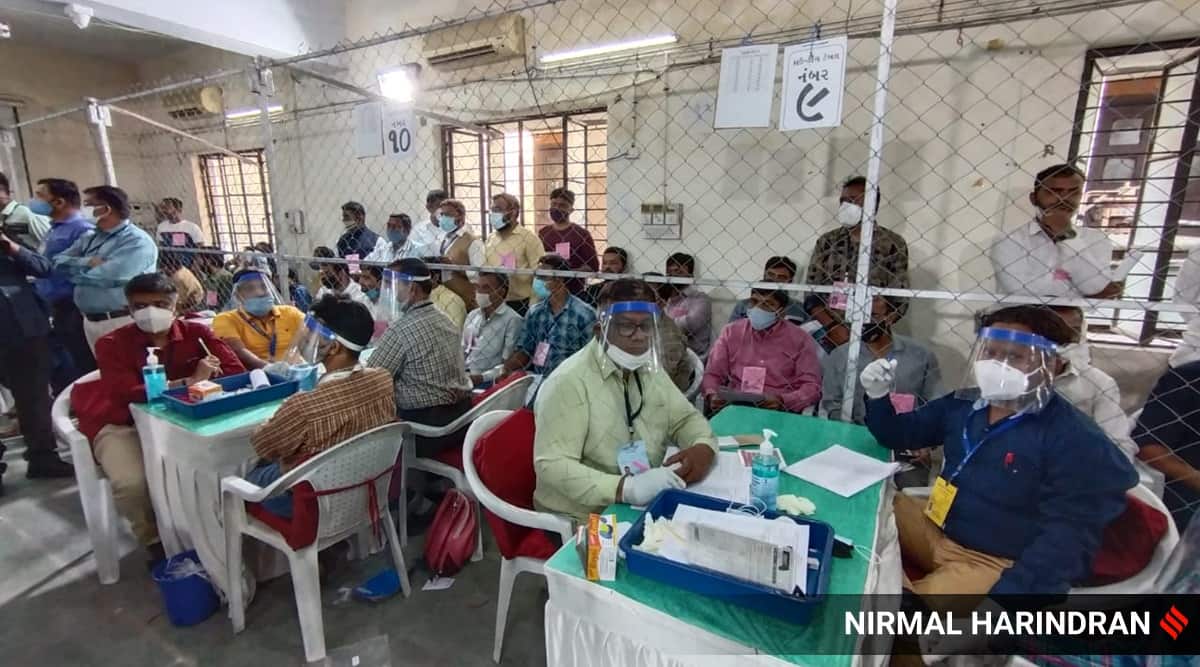 Gujarat Municipal Election Results 2021 Live Updates: Counting of votes for 575 seats in six municipal corporations — Ahmedabad, Surat, Vadodara, Rajkot, Bhavnagar and Jamnagar — of Gujarat began at 9 am under heavy security and strict COVID-19 protocols. All these bodies are currently governed by the BJP.

The State Election Commission (SEC) has said an average 46.08 per cent turnout was registered during voting which was held between 7 am and 6 pm on Sunday. Ahmedabad recorded the lowest turnout of 42.51 per cent, while Jamnagar saw the highest turnout of 53.38 per cent, followed by 50.72 per cent in Rajkot, 49.46 per cent in Bhavnagar, 47.84 per cent in Vadodara and 47.14 per cent in Surat.

Apart from the BJP and Congress, for the first time, Arvind Kejriwal’s Aam Aadmi Party (AAP) has jumped into the fray. It is contesting in all six cities. While the BJP has an upper hand in elections to urban local bodies, this time, several senior and multiple-term corporators were denied tickets, leading to disquiet in the party. With Assembly elections due next year, these elections will provide an indicator of the voters’ mood.

Karsan Karmur, the outgoing deputy mayor of Jamnagar is leading against his BJP rivals. Karmur is contesting as an AAP candidate after BJP denied him ticket to contest the election again

Counting of votes underway in Rajkot

In surat, AAP candidates ahead in Patidar dominated areas in Varachha while BJP leading ahead on 16 seats and congress on 2 seats.

BJP wins all four seats in Ward No.11 of Bhavanagar Municipal Corporation. In 2015 election, BJP and Congress had won two seats each

Congress wins two seats in Ward 16 of the Vadodara. Ward 16 had a panel of 4 Congress corporators in 2015. Chandrakant Shrivastav and Alka Patel are the winners. Shrivastav, who was the leader of Opposition, is the oldest candidate contesting the VMC polls this year

According to initial reports, BJP is leading in all six civic bodies.

Chief Minister Vijay Rupani, on Monday expressed confidence that the BJP will get unprecedented victory in the elections of the six municipal corporations.

Quoting Rupani, an official statement said, “People have welcomed our politics of development and mantra of ‘Sabka Sath, Sabka Vikas’ and it will be proven in tomorrow’s results.” In the statement, Rupani also said that the lower voter turnout shows that Congress supporters did not come out to vote and that it was never in competition.

Polling for 576 seats in 144 wards across six civic bodies – Ahmedabad, Surat, Rajkot, Vadodara, Bhavnagar and Jamnagar – was held on Sunday (February 21). All these civic bodies are being currently ruled by the BJP. “Designated staff would begin the counting of votes from 9 am on Tuesday at various counting centres in these six cities. People can watch live updates on our website,” said MV Joshi, secretary, State Election Commission. 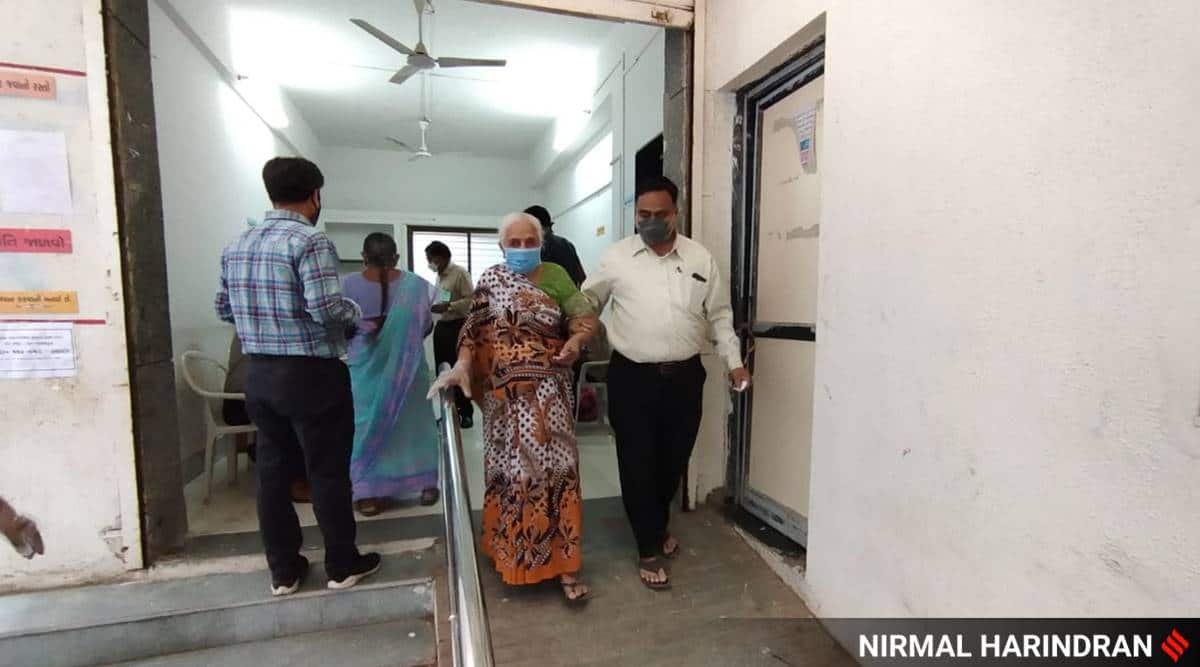 A woman leaves a voting centre in Naranpura, Ahmedabad on Sunday. (Express photo by Nirmal Harindran)