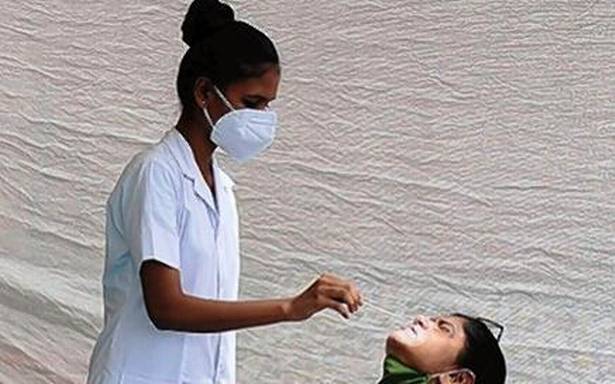 More than 19,000 persons so far paid compensation against official figure of 10,098

The Gujarat Government has apparently revised the COVID-19 death figure while disbursing compensation to the victims’ families as per the apex court’s guidelines.

Officially, 10,098 people died of the virus as per the Health Department’s figures. These figures were mentioned in the bulletin issued by the State Government daily.

However, the State has so far paid compensation to more than 19,000 persons.

“We are following the Supreme Court guidelines in paying the compensation. It’s ongoing process as the district authorities are distributing the forms and disbursing the compensation in accordance with the guidelines,” Additional Chief Secretary (Health and Family Welfare) Manoj Aggarwal said.

Mr. Aggarwal said the State administration intends to help as many families as possible.

He said the compensation was being paid by the Collector offices.

In October, the Supreme Court while hearing a PIL had approved the payment of ₹50,000 to the families to be paid over and above the amounts paid by the Centre and the State under various schemes.

The death figure has remained the bone contention in the State which has reportedly under-reported the number during the first and the second wave of the pandemic.

The State Government had formed districtwise audit committees which determine the cause of deaths during the pandemic. It is said the committees consisting of civil hospital doctors and officials did not consider co-morbid patients who died of the infection as COVID-19 induced deaths.

“The Congress party has already received 70,000 applications from the families of the deceased. We have asked people to submit their applications,” Mr. Chavda said.

The Opposition party has demanded a compensation of ₹4 lakh each to the family of those who lost their loved ones.